Women on the Supreme Court Are Constantly Interrupted by Men 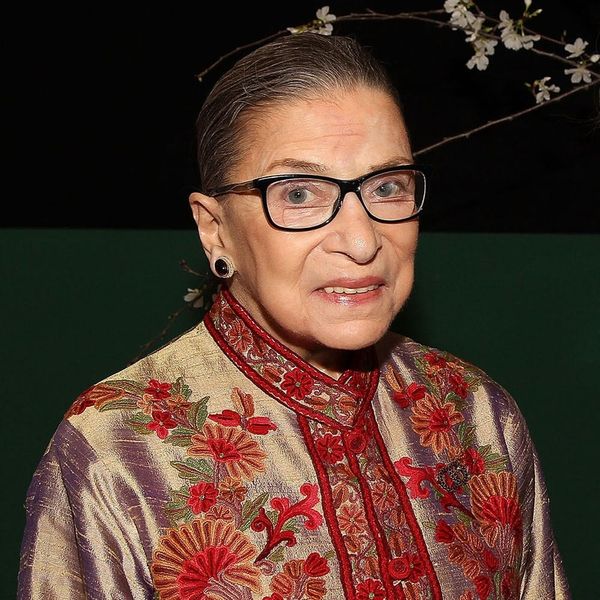 Do you ever find yourself in the middle of telling a story when all of a sudden, a man in your midst cuts you off and takes off on his own tangent? Well, you’re definitely not alone, and in fact, you’re in darn good company! A new study shows that women Supreme Court justices get interrupted by their male colleagues all the time, proving that no matter who a woman is or how high her position, she’s apparently not above a man’s interruptions.

The gender dynamic here isn’t a coincidence. Studies demonstrating how often men interrupt women date back to the 1970s, revealing that many men have shared the impulse to take charge of conversations with women for a very long time. In a study published in 1975 by University of California at Santa Barbara sociologists Don Zimmerman and Candace West, men were shown to interrupt women at startlingly higher rates than they interrupted each other, or than women interrupted each other.

Why is everyone interrupting women?

It depends. As Hancock tells us over email, the two different dynamics at play are assertion versus affiliation. While women are more likely to speak over one another out of a sense of commonality, research suggests that men interrupt to assert control of a conversation.

All of this adds up to a whole lot of women not getting to speak their piece without some guy inserting himself before she’s finished her thoughts. In workplaces, it leads to fewer ideas from women being heard; in relationships, men dominating conversations might make their partners feel resentful and weaken the bonds of communication and trust.

What should women do?

This issue has been around for a long time, and women are clearly getting fed up. If women are getting yammered over by men who probably don’t even realize they’re doing it — everywhere from the Supreme Court to the office to a first date — what can we do to be heard?

As it turns out: There’s an app for that. A new app called Woman Interrupted debuted last month on International Women’s Day, and purports to track when men interrupt women in conversations. Women can download the app, calibrate their voice, and see data on how many times they are interrupted by a man. Men, on the other hand, can use the app to see how many times they interrupted women. The app then allows users to share graphics and data of their interruptions.

Perhaps if everyone is aware of just how much interrupting is going on, we can talk about why women are getting interrupted so often, and can work toward more equality in conversations.

Do you have thoughts on getting interrupted by men? Tell us on Twitter @BritandCo.

Elizabeth King
Elizabeth King is a politics, history, and culture writer based in the Twin Cities. She is generally pretty cranky but still enjoys traveling, music from the early 2000's, and plotting the resistance. Feel free to say hi on Twitter at @ekingc or check out some of her work at www.elizabethcking.com.
Gender
Gender Issues
Gender Politics
More From Gender Issues