The One Word You Should Never Say at Work 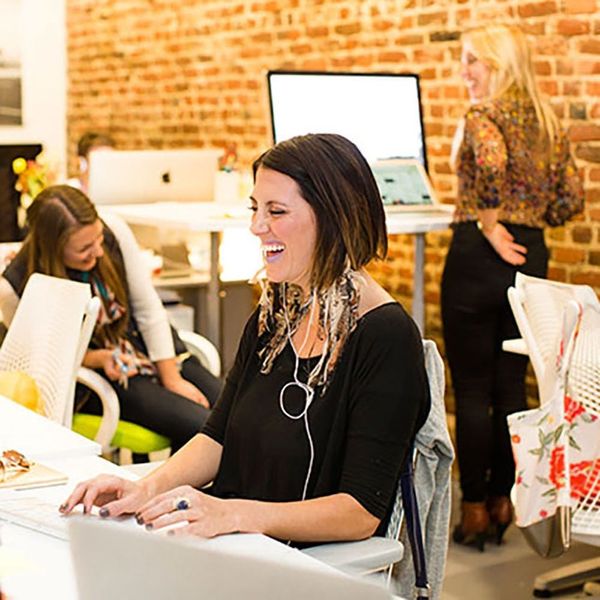 Much has been made of how the word “sorry” might sabotage women, both in and out of the office. “For so many women, myself included, apologies are inexorably linked with our conception of politeness,” says Sloane Crosley in a recent New York Times piece. But instead of broadcasting good manners, what “sorry” really does is get in women’s way. “The sorrys are taking up airtime that should be used for making logical, declarative statements, expressing opinions and relaying accurate impressions of what we want,” she says. Now, the latest buzz is that in addition to “sorry,” women have just got to stop saying “just.”

After realizing female friends and coworkers used “just” more than men, LinkedIn influencer and Google alum Ellen Petry Leanse tackled the subject in a blog post that’s been spreading like wildfire. “It hit me that there was something about the word I didn’t like. It was a ‘permission’ word, in a way — a warm-up to a request, an apology for interrupting, a shy knock on a door before asking, ‘Can I get something I need from you?’” Leanse says.

Even worse, it could lead to a child-parent dynamic, with whoever was doing the “just”ing immediately being in a position of subordination. “It’s a subtle thing. You should be taking an assertive stand when you have something to say, but ‘just’ has a negative connotation that can undermine your confidence,” says Alexandra Levit, co-founder of the Career Advisory Board.

To combat this effect, Leanse looped in her coworkers and they made a vow to eliminate the word. “We started noticing when and how we used ‘just’ and outing each other when we slipped,” Leanse says. “Over time, frequency diminished. And as it did we felt a change in our communication—even our confidence. We didn’t dilute our messages with a word that weakened them.”

While it’s an intriguing argument, there’s been some backlash to the suggestion that women need to alter how they speak in order to be taken more seriously. “At first blush, all of this speaking advice sounds like empowerment. Stop sugarcoating everything, ladies! Don’t hedge your requests! Refuse to water down your opinions! But are women the ones who need to change?” says Ann Friedman on The Cut, wondering why everyone is focusing so much on how women talk. “If I’m saying something intelligent and all a listener can hear is the way I’m saying it, whose problem is that?”

While Levit admits it would be nice if how women spoke didn’t matter, she says that’s simply not the reality of the world today. “As women, we need to take charge of the way we come across and do everything in our power to combat negative perceptions. Sometimes that means acting a little more aggressively and eliminating certain words from our vocabulary,” Levit says. Ready to distance yourself from “just” and “sorry”? Here are Levit’s tips:

Before you’re used to life without these two words, it’s easiest to catch yourself slipping in emails. “It’s a good habit in general to proof emails for unnecessary words before you send them out,” says Levit, who suggests you ask yourself these three things: Does anything sound too wordy or include any unnecessary information? Are any action items clearly explained? Lastly, are there any words that are undermining the message? If so, take them out. “‘Just’ often shows up right in the beginning, when you say you’re just checking in or just wanted to see if they have something you need,” says Levit.

2. Only apologize when it’s actually necessary.

It’s especially tempting to slip into the “sorry” habit in the beginning of your career or when you’re at a new job and generally unsure of how you’re doing. It’s still worth it to stop, says Levit. “Reserve the use of ‘I’m sorry’ for when you’ve done something wrong. Don’t apologize for doing a job, taking people’s time, or offering them something of value,” says Levit.

Think of well-respected women who are high up at your job, then take a cue from them. “Read their emails carefully and make note of their communication style. You obviously want to have your own, but some people have really mastered a friendly, yet firm assertiveness,” says Levit. If you work in a male-dominated industry or from home, turn to quotes from and videos of incredible women like Kerry Washington and Sheryl Sandberg for your powerful-ladies fix.

Will you be more conscious of the “sorry” habit at work? Weigh in the comments below.

This post was originally published on Levo League by Zahra Barnes.