You and Your S.O. Are Probably More Alike Than You Think 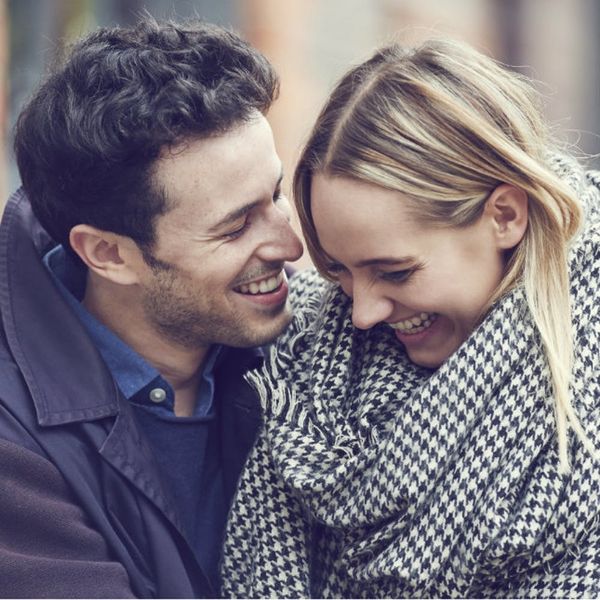 We’ve all heard the phrase “opposites attract.” Conventional wisdom suggests that we’re destined to find love with someone who is all of the things we supposedly “aren’t” — someone to be the extrovert to our introvert or the go-getter to our procrastinator. Maybe you’ve been limiting your search for a lasting relationship to potential baes who seem totally different than you. If you’re already in a relationship, we bet that you’ve caught yourself on more than one occasion riffing about how you and your S.O. can never understand how the other one thinks or acts. Sound familiar? We thought so.

According to research published in Psychological Science, you and your sweetie may not be as different as the age-old “opposites attract” would have you believe. The study, cleverly entitled “Birds of a Feather Do Flock Together,” claims that, according to data collected from social media about participants’ language and behavior, we’re actually attracted to people who fall close to us on the spectrum of five key personality models (openness, conscientiousness, extraversion, agreeableness, and neuroticism).

The study explains the science behind the common belief that romantic partners tend to be yin and yang. Most research about personalities and relationships is based on self-reported personality quizzes or assessments, and since humans are prone to make judgments about themselves only in comparison to people they know, previous studies provide a more limited measure of personality. You and your S.O. may be worlds apart relative to your social circle, but technically (and in expert terms) very similar. For example, you may think your bae is very shy simply because they aren’t quite as outgoing as the rest of your party-loving friends, but chances are, they’re still a lot less reserved than most of the world’s wallflowers.

In order to get a better handle on how similar personalities really are between partners, the study looked at behavioral and language-based information from nearly 300,000 Facebook users. The researchers evaluated the items “liked” by each user and analyzed the language of their status updates.

We all know that our social media behavior isn’t a perfect reflection of who we are IRL (at least, we hope it isn’t), but lead researcher Andrew Schwartz makes an interesting point about his methods: “If you’re acting [on social media] the way you want to be seen, what’s the difference between that and who you are?” The participants in the study were also people who interacted frequently with their Facebook, so it makes sense that their virtual personalities would have even more overlap with their actual behavior.

With the help of some fancy data modeling and complicated-sounding matrices, the researchers concluded that there was a positive correlation between romantic partners in the areas of openness, conscientiousness, extraversion, agreeableness, and neuroticism. A similar pattern was also found between friend pairs, which means that you and your BFFs (not suprisingly) aren’t that different, after all, either.

The key takeaway from all of this, perhaps, is that it may be easier to find common ground with a loved one than it can often seem in the heat of a stressful moment. If you’re caught in what feels like an impossible-to-navigate fight with your S.O. (or bestie!), remember that your personalities are likely a lot more aligned that you realize, and don’t throw in the towel on your relationship based on your perceived differences.

Has the idea of “opposites attract” been true in your love life? Tweet us @BritandCo!

Alli Hoff Kosik
Alli Hoff Kosik is a freelance writer who is passionate about reading, running, rainbow sprinkles, her lipstick collection, watching embarrassing reality TV, and drinking pink wine. She lives in Brooklyn with her husband and (in her dreams, at least) three golden retriever puppies. Listen to her talk books on The SSR Podcast.
love
Relationships
love Relationship Advice study
More From Relationships