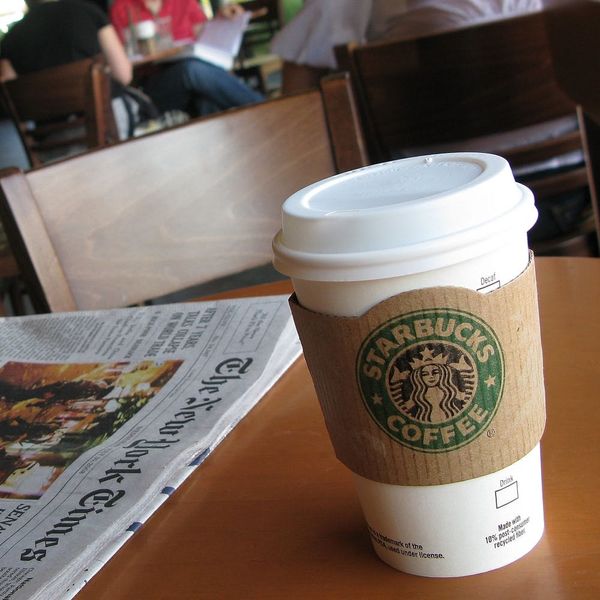 The political climate is undeniably fiery at the moment. It’s so dramatic that beyond the results of changing policies, it can definitely affect other areas of our lives, like your productivity and your relationships. But that’s not to say that everything politically related is bad. In fact, right now, you can actually score free Starbucks coffee just by talking about politics.

While plenty of people refuse to even utter a word before their morning coffee, let alone talk about politics, it now may totally be worth your while, as Starbucks is donating 300 gift cards to encourage participation in a program called “Hi from the Other Side.”

Conducted by a startup from Harvard business school, “Hi” is an app that matches up users of opposite political views (i.e. one democrat/liberal and one republican/conservative). Now, here’s where things gets really interesting. Each person is sent HALF of the info from a Starbucks gift-card, which means that in order to redeem it, they have to actually meet in person.

With the hopes that the two folks will sit down for a friendly political chat, the website explains that the aim is to encourage “nice people across the political divide to talk like neighbors. Not to convince, but to understand.” Let’s just hope folks keep things cool and we don’t end up with that discourse becoming as heated as the coffee.

Interested in participating and nabbing some free Starbucks? Check out “Hi from the Other Side” for more deets.

Do you like to chat about politics or would you rather avoid it? Let us know @BritandCo!