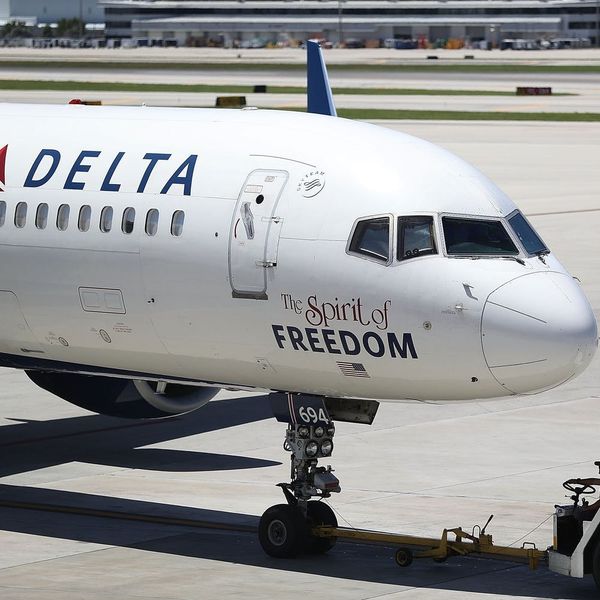 To say that United Airlines has not been having the greatest year would be a massive understatement. First, they made headlines when they didn’t allow two teen girls to board their flight for wearing leggings, claiming they violated the employee travel pass on which they were flying’s dress code. Then came the ultimate PR nightmare when they called in security to forcibly drag a passenger off an overbooked flight after no one volunteered to give up their seat in exchange for the $800 United was offering. Delta Airlines has now come forward with the ultimate rebuttal to United’s recent drama: an unbelievably high compensation for passengers willing to give up their seats.

Delta employees have been given the green light to offer as much as $9,950 per seat, according to an internal memo obtained by the Associated Press. That’s right: While regular agents will now be able to offer passengers $2,000 (up from their prior offer of $800), supervisors can go up to a whopping $9,950 (a HUGE increase from the previous $1,350 maximum).

It’s a much higher number than is legally mandated: As stated by the US Department of Transportation, anyone who is bumped involuntarily and rebooked for a flight arriving one to two hours later than the original is legally entitled to 200 percent of their one-way ticket cost ($675 max) and anyone arriving more than two hours after gets 400 percent ($1,350 max).

Although regularly overbooking flights may seem like a counterintuitive practice, it’s standard in the airline industry and, in the end, it all comes down to how the situation is handled. It’s something Delta already seemed to have mastered, even prior to its new monetary compensations, as it “got more passengers to give up their seats than any other US airline” last year. Given the new hike in monetary funds for passengers, we don’t see that changing any time soon. (Just don’t expect them to be handing out thousands on the reg.)

The sun is rising and the world awaits. 🌅

As for United, the company has also made some much-needed changes to its policy to ensure that the Dr. Dao fiasco will never happen again: They’re requiring crew members who need seats to book them at least 60 minutes before departure, so that the process of asking passengers to give up their spots can happen long before boarding in a (hopefully) more orderly way.

Have you ever volunteered to be bumped off a flight? Tweet us @BritandCo.

Barbara Pavone
Barbara Pavone is a pop culture-obsessed writer based in beautiful (but ridiculously cold) Montreal, Canada. When she's not working, she's sipping on a Pimm's Cup and daydreaming about her celebrity hero, Saint West.
Controversy
Entertainment
Controversy money