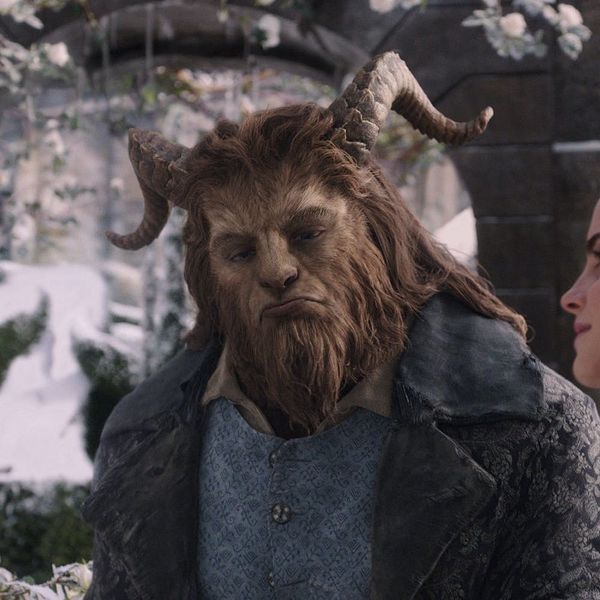 Dan Stevens is a pretty good-looking dude (ya know, in his human form), and despite being a freakish cursed monster, there’s no denying that the fictional Beast has his own charms in Disney’s newest live-action remake. But we can pretty much guarantee you’ll freak out when you see the actor in his weird AF Beauty and the Beast getup. It’s… unexpected.

While the character played by the 34-year-old actor goes through quite the appearance-based transformation throughout the film, fans have now gotten used to seeing him both as a regular ol’ man as well as a larger-than-life hair-covered creature in princely clothes.

What fans are NOT used to is this…

how did emma watson manage to keep a serious face the entire time pic.twitter.com/jL4jbJ1rMu

Bahaha! We were fully aware that some behind-the-scenes techy magic was used to turn Stevens into the Beast (obvs), but we weren’t expecting what popped up on Twitter. In a snazzy CGI-friendly (crash-test-dummy-like) suit and hella platforms, the actor not only looks totally jarring, but his head looks like a pea.

Let us all take a moment to appreciate how impressive Emma Watson’s acting truly is, because we now know that this is what she was actually seeing while trying to pretend to be terrified of / fall in love with a bulbous, pea-headed, gray-suited freakazoid. *applause*

Are you surprised to find out what Dan Stevens was really wearing while filming Beauty and the Beast? Let us know @BritandCo!