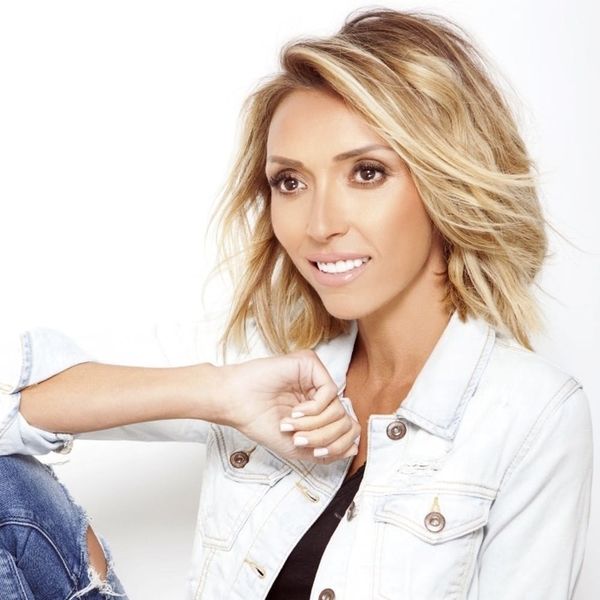 When she’s not interviewing A-listers on the red carpet, Giuliana Rancic is one busy lady. Recently, the former E! News anchor partnered up with Cotonelle for their “Go Commando” program AND made an appearance at The Pink Agenda’s annual gala in NYC promoting her Fab-U-Wish foundation, which grants wishes to women battling breast cancer.

Giuliana lives her life much in the spotlight. She and her husband, season one The Apprentice winner Bill Rancic, starred in the reality show Giuliana and Bill on E! from 2009 to 2014. During that time, Giuliana was open about her struggle with infertility and IVF, and it was during a doctor-recommended mammogram that the TV host discovered she had early-stage breast cancer. She opted for a lumpectomy and later a double mastectomy in 2011. The couple welcomed their son Duke via surrogate in 2012.

Despite pretty much living her life in the open, there are still a few things many people don’t know about her. For one, she’s incredibly warm and down to earth. It’s easy to see why she’s a grade-A interviewer. “I always knew from a young age I wanted to be a TV reporter,” she tells us thoughtfully. “I just loved giving people information — that’s really where it came from — and having conversations with people, and talking to people. I was always very social.”

But you’d be mistaken if you thought the break came easily. “I was a hostess at a restaurant on Sunset Boulevard, I was an assistant at a talent agency, I worked retail at Beverly Hills — I did everything I could while sneaking in auditions and meetings while trying to get a hosting job on television or the Internet,” Giuliana tells me about her start. “I was able through all these little Internet jobs as well as footage from my college days, and I just sent it over and over and over again to E! for a very long time — for years. And then one day, for some reason, someone at E! happened to see the tape sitting on their desk and they called me in.”

As to why she got the gig, she has a theory. “They were looking for a reporter for E! News, and they hadn’t had an opening for a while. I was the 39th person auditioning, and I think the reason I got it,” she muses, “was because I wasn’t trying — I loved E! News and I was a huge fan of E! News, but when I came in to audition, I wasn’t trying to be one of the current people on E! News. I was just trying to be myself.”

And after landing the job, she didn’t rest on her laurels. If anything, that was when she rolled up her sleeves and got to work even harder. For that attitude, she thanks her dad. “My father instilled a very hard work ethic in me. We came from Italy when I was a little girl, and I watched my dad achieve the American dream,” she says. “I hope some of that rubbed off on me. I just work really, really hard… and I think when you’re a hard worker, people take notice. They want you to be a part of their company when you’re a hard worker.” Her best piece of career advice? “Get into the bottom of where you want to be and just work hard. There’s not a real secret. Come in early, stay late and try to do everything you can.”

And even from the time when she was a little girl, Giuliana applied herself whole-heartedly to every task, including… juggling? “For some reason, when I was in elementary school, I got it stuck in my head that I had to learn how to juggle. So I bought a video, these little balls and a full kit to teach you how to juggle and I watched this video over and over again and learned how to juggle,” she says with a laugh.

Nowadays, the juggling makes for a great party trick. “My friends will bet people and say, ‘Who do you think can juggle longer? You or Giuliana?’, and we’ll pick up some fruit or tennis balls. I can juggle for a very long time,” she tells me.

“I remember my mom was like, ‘You really want me to buy this [kit] for you? Why do you want to juggle?’ And I’m like, ‘Yes, I just have to juggle, Mom, I don’t know why. I need to learn how to juggle.'” When your passion comes calling, I guess you just have to listen.

What do you think of Giuliana’s advice? Tweet us @BritandCo!

Kimberly Wang
Kimberly Wang writes about all things pop culture, tech, style, and beauty. She's a Bay Area transplant and has an MFA in Creative Writing from Columbia University. On a sunny New York day, you can find her hanging out with her mini schnauzer Isabelle Jellybean on a blanket in Central Park.
Celebrity News
More From Celebrity News