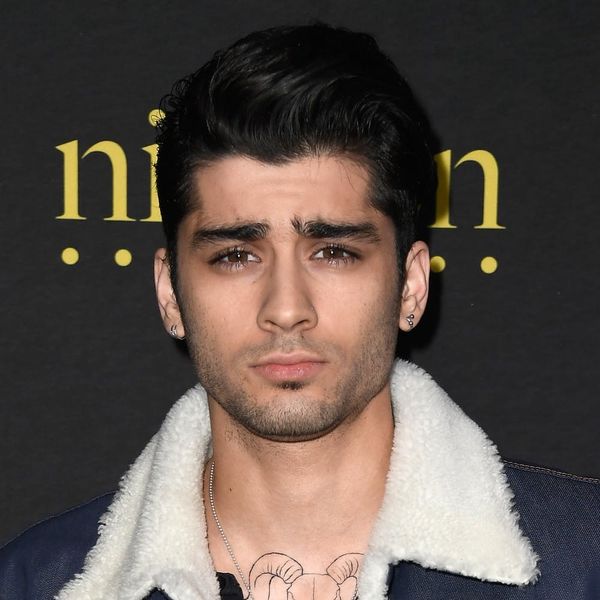 Since leaving One Direction, Zayn Malik has been plenty candid with fans, getting real about everything from his former eating disorder to his girlfriend, supermodel Gigi Hadid. Now, he’s giving us even more insight into his psyche as he reveals the career he *could* have had if the whole music thing hadn’t taken off (or, let’s be real, skyrocketed).

In August’s issue of VMan, Malik admits that he has regularly considered what his life may have been like without the success of 1D, and it’s not one you might expect. “I think I’d be at university and I would have done my English degree,” he shares. “I think I’d be looking for some employment to do with English lecturing or literature. I love poetry and writing — obviously, I’m a songwriter — so, it would’ve been something that would still give me the feeling of a creative outlet within my writing.” Huh! Who knew!?

It’s a skill he put to good use on his next album, which was influenced in part by his father’s Pakistani background after he received positive feedback for the track “Intermission: Flower,” which was sung in one of the country’s dialects (Urdu), from his debut record, Mind of Mind. “I definitely focused on that for a couple of songs on this record that got this same underlying tone of India and the place that my grandparents originally came from. There’s definitely influences of that in there,” he explained to VMan.

“I’m really proud of the songs that are going to come out; I feel like it really shows me as a songwriter and a vocalist,” he teased. “I feel like they’re real songs. And I don’t mean that to discredit the songs that are out on the charts at the moment. I just feel like there’s something really classic about the music that [DJ collaborator Malay and I] have done together.”

For the 24-year-old, who is a self-proclaimed introvert, it’s the ultimate way to connect with fans. “I hope people get an insight to me as a person… I just want my music to speak for me,” he told the outlet. “If it does that successfully, then I’m happy with what I achieve.”

And who knows? Maybe in some alternate universe, or even in this one, years from now, Professor Malik will be making students swoon during their English lit classes. Hey, a girl can dream!

What career do you think about switching to? Tell us @BritandCo!