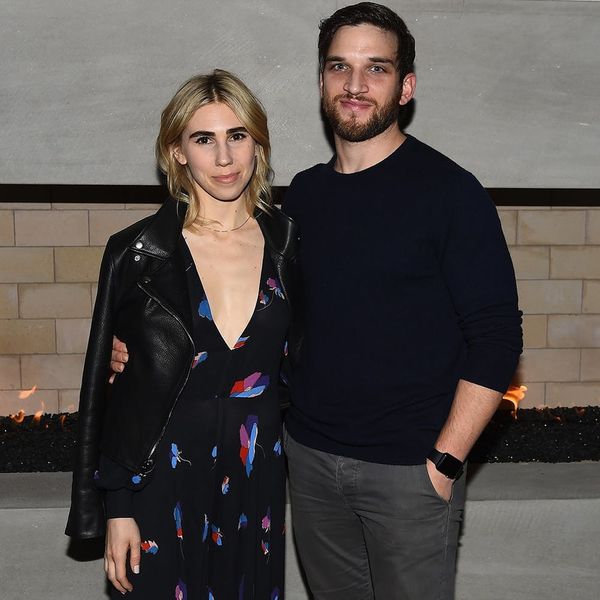 There are a lot of major relationship milestones you and your partner will go through that test the strength of your relationship, but fixing up a house together is definitely up there on that list. If you’re looking for some #relationshipgoals to help you and your boo get through an upcoming renovation, we suggest you look to Girls actress Zosia Mamet and her BF Evan Jonigkeit who are kind of pros when it comes to home makeovers.

We caught up with actor Evan Jonigkeit while he was at Sundance Film Festival in Park City, Utah promoting his upcoming movie Tallulah. Since we’re all about getting the dish on what celebs DIY, We asked Jonigkeit what the last thing he made with his hands was. After thinking for a bit, he excitedly told us, “I actually am putting in like — we have a house, a cabin upstate — my girlfriend [Zosia Mamet] and I. I’m putting in these barn doors that go into our room so I had to build down the ceiling.”

According to the Daily Mail, this might not be the first time the couple has dabbled in a major home DIY. When the two moved in November of 2014, they scored a $1 million three-story home in Brooklyn that they have been renovating. We’re getting the feeling, these two probably know every Home Depot employee’s name by now.

Are you currently DIYed any element of your home? Share some before and after pics with us in the comments below.

(Photos via @evanj550 and Nicholas Hunt/Getty)