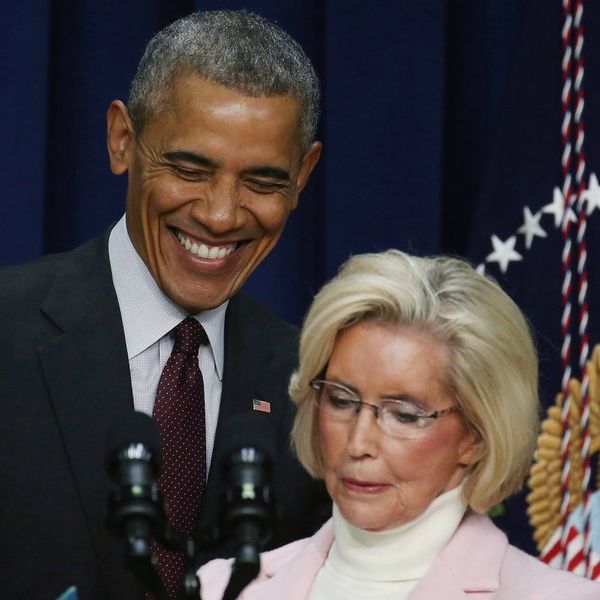 On January 29, 2009, President Barack Obama signed the Lilly Ledbetter Fair Pay Act into law, clarifying the statute of limitations for filing equal-pay lawsuits related to sex-based discrimination in the US. In the 10 years since then, the law has made it easier for women to sue employers for equal pay, and the bill’s namesake has gone on to continue working toward equal pay for women across the country.

Ledbetter had spent 19 years working for Goodyear Tire and Rubber, where she noticed that she was consistently given poor reviews and lower salary raises in comparison to her male coworkers. In 2006, Ledbetter sued Goodyear for purportedly acting in violation of the Civil Rights Act of 1964, alleging that her treatment was due entirely to her gender.

The circuit court ruled in Ledbetter’s favor, awarding her $3.5 million. But Goodyear appealed, citing a Title VII provision which requires that discrimination cases be filed within 180 days of the employer’s alleged discriminatory actions. Eventually the case went to the Supreme Court, where, in a vote of five to four, SCOTUS found that Title VII limited the scope of Ledbetter’s claim to include only events that had taken place up to 180 days before she filed her suit.

Justice Ruth Bader Ginsburg was one of the four dissenting judges, and in her dissent, she argued that the provision, while designed to create fast resolutions, could be changed by Congress — and it was. Sponsored by then-Representative George Miller of California, the Lilly Ledbetter Fair Pay Act passed in the House 225-199, and made its way to the Senate.

The bill stalled in the Senate through 2008, but after President Barack Obama’s groundbreaking win, the 111th Congress eventually passed the bill into law for the newly-inaugurated president to sign. It was the first bill Obama signed into law as president.

“In signing this bill today, I intend to send a clear message: That making our economy work means making sure it works for everyone,” President Obama said at the signing ceremony. “That there are no second class citizens in our workplaces, and that it’s not just unfair and illegal — but bad for business — to pay someone less because of their gender, age, race, ethnicity, religion or disability. And that justice isn’t about some abstract legal theory, or footnote in a casebook — it’s about how our laws affect the daily realities of people’s lives: their ability to make a living and care for their families and achieve their goals.”

Ledbetter has continued to push for gender parity for women at work. Her legacy has made a difference — even for Justice Ginsburg, who keeps a framed copy of the law in her office.