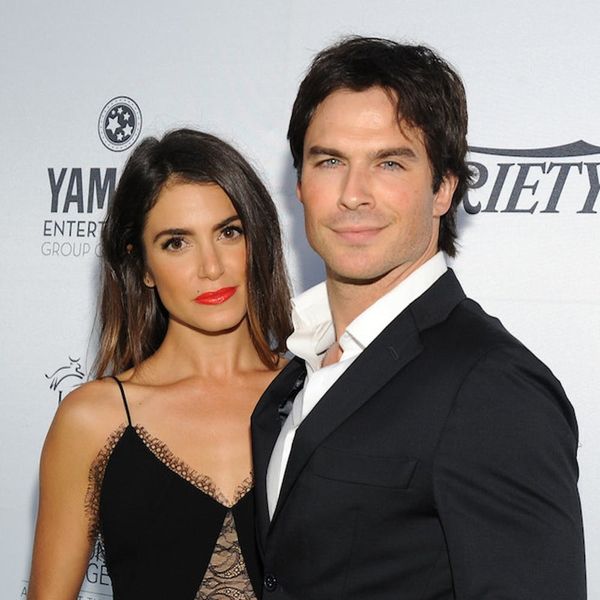 Baby news for Ian Somerhalder and Nikki Reed and bad news for Starbucks lead this morning’s top news tidbits. Check those and more out below in today’s Morning Buzz!

Hi Little One I know you, but only because I feel you. How is it possible to love someone so much already? All I know for sure is it's the strongest feeling I've ever felt. We've been sharing this body for quite some time, and we've already experienced so much together. We can't wait to meet you... Love Your parents

1. Ian Somerhalder and Nikki Reed announced that they’re expecting their first child with a sweet pic of them cradling Reed’s baby bump. While they each used the same photo, their captions were different — though equally emotional. “How is it possible to love someone so much already?” Reed wrote, while Somerhalder wrote that “in my 38 years on this earth I’ve never experienced anything more powerful and beautiful than this,” thanking friends, family, and fans for their “kind energy.” These two are clearly over the moon about becoming parents. Congrats to the growing family!

What if there was a way to make drinks that were beautiful and whimsical but also did good for your mind, body and spirit? 🌈 ❤️ What if there was actual magic and medicine in plants to help you become the highest version of yourself? 🌿💫 What if you had an inner guidance system that knew everything you ever needed and you only had to find ways to tap into it? ✨👁✨ And what if there was a way to connect with all of these things right here on Metropolitan Ave? 🗽🚖 . . Imagine... 🤔☺️ | 📸: @prrrlsjewelry

2.Uh oh: Starbucks is being sued over the Unicorn Frappuccino. The beverage craze of the year is now causing some legal trouble, as the owners of Brooklyn coffee shop The End claim the idea was theirs. months before Starbucks. According to TMZ, The End says in its lawsuit that they started selling their Unicorn Latte — which is also pink and blue — in December 2016, and want Starbucks to pay up, stop using Unicorn in their drink’s name, and to apologize. Yikes. (h/t TMZ)

3. Eee, we now have more info on Kim Kardashian and Kanye West’s kids’ clothing line. The Kids Supply drops today at noon, but Kardashian gave a few more ideas of what to expect from her and West’s new line for kids in a series of tweets. “For the past few years Kanye and I have made almost all of our kids clothes,” she writes, saying that the first drop will be “so sick.” She drops just one hint, telling her followers to think “Calabasas,” which TBH we wouldn’t expect otherwise. Check out The Kids Supply website starting at noon. (Photo via Dimitrios Kambouris/Getty)

Rt if your Instagram timeline has been personally victimized by this picture pic.twitter.com/fnxYgV0SN2

4. Here’s why the internet is flipping out over a red bathing suit. A few days ago, Sunny Co Clothing posted a swimsuit giveaway to its Instagram followers, asking them to repost the photo of their red Pamela Sunny Suit and tag the company, and get one of the $65 suits for free. Except the demand was so cray that not only has Sunny Co deleted the original post (and account?), but the rest of the internet cannot even handle how much it blew up, roasting the company and the suit all over Twitter. Even Simone Biles had to ask her followers to stop posting the red bathing suit picture, and a Sunny Co parody account exists now too, because of course it does.

5. LCD Soundsystem are back with two new songs just in time for festival season. Even if everyone’s fave dance punks never really left, we’re glad to have them back! They’re sure to play these new jams on their SNL appearance this weekend, so get familiar with them now. Weeee!

6. Quote of the day: “As long as you feel good about yourself that’s what matters. I know I did. Don’t ever let anyone stifle who you are and how your express yourself.” Ariel Winter fired back at people who seemed bothered that she wore a full-glam dress to an event that was otherwise casual. You go, Ariel.

Have you ever felt judged for being overdressed even if you felt great? Let us know @BritandCo!