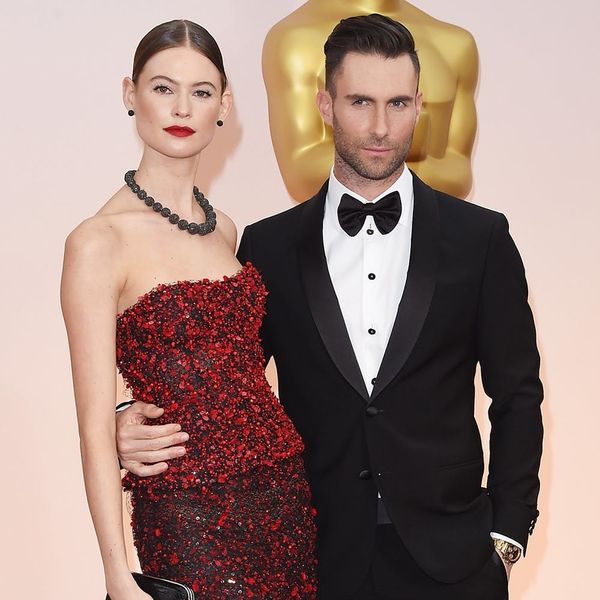 This is turning out to be a pretty major week in celebrity baby news. Just yesterday, Alec Baldwin and his wife Hilaria announced they are expecting their third child together. Before that, MTV’s Rob Dyrdek revealed he and his wife will soon welcome their first baby, and now, it’s rumored that Adam Levine’s wife Behati Prinsloo is pregnant too! We’ll give you a minute to gather all those feels you’re probably having right about now.

The musician and model dated for about a year before tying the knot in Los Cabos, Mexico in July of 2014. People broke the news this AM, revealing that they’re expecting their first child together. While neither have commented on the exciting news directly, Us Weekly explains multiple sources have told them the Victoria’s Secret Angel is three to four months along in her pregnancy. So, you can probably expect a tiny little rockstar baby at some point this fall.

Adam has previously spoken out about his desire to be a dad, once telling Ryan Seacrest, “I want to have 100 kids. I want to have more kids than is socially responsible.” He also recently shared a photo of Maroon 5 branded baby bibs on Instagram, so we’re guessing Adam is probably having the best day ever right about now. Congrats to the happy couple.