Ali Fedotowsky Shows You How to Cop Her Killer Maternity Style 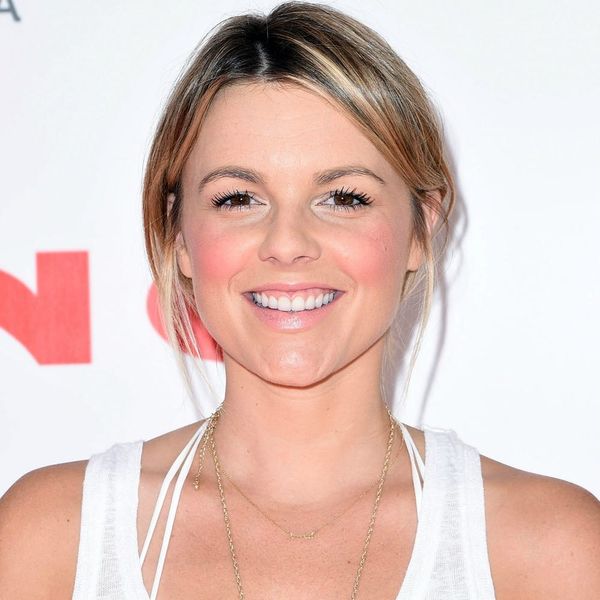 Former Bachelor star Ali Fedotowsky is here to remind you: Blake’s not the only one slaying (what we’re now basically pos is) maternity style.

While not quite as Disney-centric as Blake, Ali has been steadily killing the bump-style game since her pregnancy announcement back in January (and her baby gender reveal in March). The part we love most about her baby-on-board fashion, however, is the fact that she’s so willing to share with us all how to snag her looks — most of which are surprisingly affordable (several dresses on her site are $40 or less)! You can check out her blog at AliLuvs to get the most recent scoop on all of her head-to-toe finds (including jewelry and accessories), but in the meantime, check out a few of our faves below!

Loving this mini vacay! Last one before baby! You guys asked about this dress/outfit from my snapchat - so I wrote about where you can get it on www.AliLuvs.com 😉 http://liketk.it/2oaX4 @liketoknow.it #liketkit #ltkunder100 #31weekspregnant #nonmaternitydress #soeveryonecanwearit #affordablefashion

1. Leith Tie-Front Dress ($72): Ali’s most recent maternity look is actually a non-maternity style, so even if you’re not preggers, you can still cop this darling vacay-ready piece. The reality starlet donned this frock during her own mini-vacay to Palm Springs with her baby daddy, Kevin Manno. “It’s the type of dress that you can throw on and look super cute without really having to think,” she said on her blog.

Now you see my bump - Now you don't. 😳 Some of you thought I didn't look pregnant in a recent pic I posted. Certain angles can play tricks on your eyes! And FYI, this is seriously the most comfortable jumpsuit I've EVER worn! I never want to take it off! I didn't think I could wear a jumpsuit with this big belly. So glad I found this one! Details on the blog - www.AliLuvs.com (click link in bio) || www.liketk.it/2nQCk #liketkit #aliluvs #bloggerstyle #30weekspregnant #maternitystyle #jumpsuit #maternityjumpsuit #flats #leopardflats #HiddenBump #BumpStyle

2. Isabelle Oliver Rosliston Maternity Jumpsuit ($175): We are LIVING for the black Isabelle and Oliver jumpsuit that Ali wore earlier this week. The look was so chic and slimming, some of Ali’s followers didn’t even think she looked pregnant! “Now you see my bump, now you don’t,” she wrote. “Certain angles can play tricks on your eyes!” She also let us in on the secret that “this is seriously the most comfortable jumpsuit I’ve EVER worn. I never want to take it off!” Stylish and comfortable? We’re so on board.

3. Isabelle Oliver Ellis Maternity Dress ($139): Dubbing this her favorite maternity dress, Ali proves that being preggers doesn’t translate to being frumpy. You can still show off your curves and look great doing it in versatile styles like this Isabelle Oliver number. Currently available in three colors (Ali also has it in blue), this dress makes Ali look muy caliente!

4. High Dive On a Tide Note Swim Top ($50) + SheIn Pink Pleated Maxi Skirt ($47): Keeping it sexy even while with bump, Ali styles a two-piece in this totally unexpected (yet on-point) way. Though the top is nearly sold out in Ali’s chosen color of grotto, other prints are available in varying sizes. And, as she points out via Insta, “Everything in pic is under $50.” Sold!

5. Tularosa “Sid” Polka Dot Wrap Maxi Dress ($220): Though this Tularosa dress is nearly sold out in the blue and pink floral print Ali originally rocked it in, you can get it in a roselle peach at Nordstrom. This one has a higher price point than most of her looks, but we think it just may be worth the splurge — it’s simply stunning. (PS – supes cute on the heart-shaped glasses addition, Ali!)

Nicole Briese
Nicole is the weekend editor for Brit + Co who loves bringing you all the latest buzz. When she's not busy typing away into the wee hours, you can usually find her canoodling with her fur babies, rooting around in a bookstore, or rocking out at a concert of some sort (Guns N' Roses forever!). Check out all her latest musings and past work at nicolebjean.com.
Blogger Style
Style News
Blogger Style maternity
More From Style News