8 New Movies Everyone Will Be Talking About in April 2019 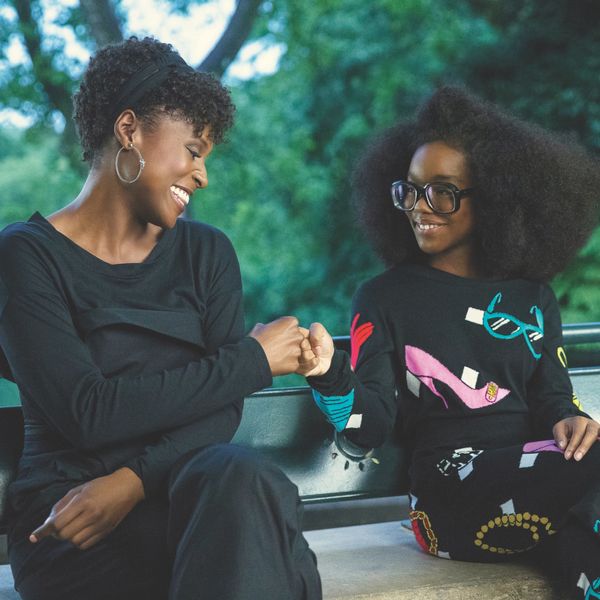 It's almost unfair to release any other movie during the month that Avengers: Endgame arrives, but that doesn't mean studios aren't going for it anyway. In fact, there are some stellar films hitting the big screen this month, including new flicks with Issa Rae, Taraji P. Henson, and Chrissy Metz. Check out eight new theatrical releases that people will be talking about in April 2019. (Photos via Annette Brown/STXFilms/Motion Picture Artwork + Marvel Studios + Eli Joshua Adé/Universal Pictures + Walt Disney Studios)

Shazam! (April 5): Since the month is going to end with a superhero epic (Avengers), why not kick it off with one too? Zachary Levi — best known as the title character on Chuck, or, most recently, Midge's new doctor boyfriend on The Marvelous Mrs. Maisel — suits up as DC Comics' man-child Shazam, a streetwise 14-year-old who turns into the superhero by uttering the word that gave him his name. It's a fun and family-friendly flick that's sure to make you laugh and leave feeling lighthearted. (Photo via Steve Wilkie/DC Comics/Warner Bros. Pictures)

The Best of Enemies (April 5): In a time of great divide, this movie, based on a true story about the unlikely friendship between a civil rights activist (Taraji P. Henson) and a Ku Klux Klan leader (Sam Rockwell), is sure to resonate deeply with viewers. (Photo via Annette Brown/STXFilms/Motion Picture Artwork)

Pet Sematary (April 5): Recent Stephen King-based titles like It and Castle Rock have proved to be both fun and totally terrifying, and the Pet Sematary remake looks like it'll deliver in much the same way. It follows a family who discovers an animal burial ground in the woods near their new home, which they soon find brings anything buried there back to life. If you weren't already scarred by this when you were younger, well, get ready. (Photo via Kerry Hayes/Paramount Pictures)

Little (April 12): Issa Rae, Regina Hall, and Black-ish actress Marsai Martin star in a Big-esque body-swap comedy about a high-powered exec (Hall) who wakes up one morning to discover she has reverted back to being her 13-year-old self (played by Martin). Now she's at the mercy of her overworked, under-appreciated assistant, April (Rae), to help turn her back into the boss she is. (Photo via Eli Joshua Adé/Universal Pictures)

After (April 12): Stars Josephine Langford (younger sister of 13 Reasons Why star Katherine Langford) and Hero Fiennes-Tiffin (nephew to Ralph and Joseph Fiennes) might not be household names yet, but their new romantic drama After, based on a wildly successful Wattpad story, might just turn them into teen drama regulars. The film follows Tessa, a college student who falls for Hardin, a "bad boy" who's hiding some darkness in his past that puts the pair on a rocky path. (Photo via Quantrell D. Colbert/Aviron)

Breakthrough (April 17): This Is Us star Chrissy Metz stars in her first feature film, a drama based on author Joyce Smith's true-life book The Impossible: The Miraculous Story of a Mother's Faith and Her Child's Resurrection. The film tells the story of Smith's 14-year-old son's drowning — then coming back to life — after falling through the ice on a frozen Missouri lake. (Photo via Allen Fraser/Twentieth Century Fox)

Penguins (April 17): Disney has a busy year in theaters with all of its live-action reboots of classic titles, but it's also keeping us on our toes with new originals like the super sweet Penguins. It tells the charming tale of an Adélie penguin named Steve who is on a mission to find his life partner, even as he battles natural predators like seals and whales. (Photo via Walt Disney Studios)