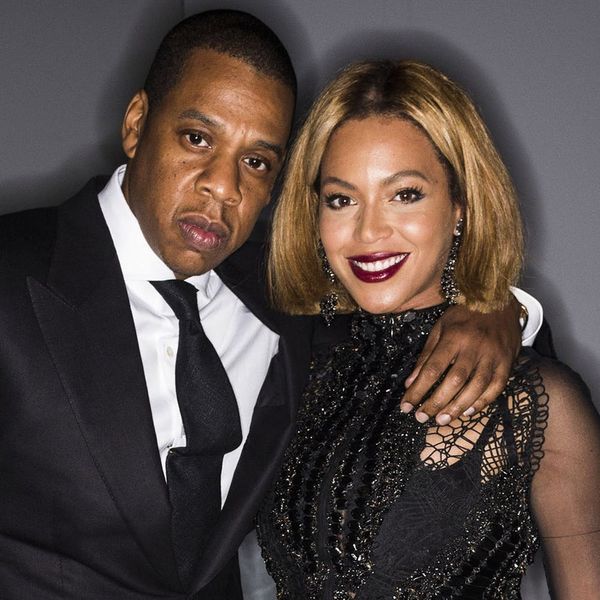 Beyoncé and JAY-Z sure know how to get people talking! The couple is currently traveling the world together as part of their On the Run II Tour, but as they revealed at the end of Saturday night’s show in London, they’ve been secretly working on another collaboration: their first-ever joint album!

Jay first confirmed a joint project had been in the work before being put on pause back in November. Dubbed Everything Is Love, the nine-track collab was released in the same surprise manner Beyonce’s Lemonade album was, with the twosome closing out their show displaying three simple words on-screen: Album Out Now.

And that wasn’t all. Shortly after, the exciting revelation, Bey took to Insta to share the very first video from the album for their first single, “Apesh*t.”

The epic, six-minute masterpiece was directed by Ricky Saiz (who is also the mastermind behind the “Yoncé” vid) and is essentially an ode to fine art and dance — it was actually shot inside the Louvre. Yes, THE Louvre — the famed museum in Paris that draws 8.1 million visitors a year.

The clip kicks off with the Carters casually standing in front of the museum’s most famed piece, Leonardo Da Vinci’s Mona Lisa, while sporting pastel-colored power suits and major bling.

The mama of three goes on to shows off her rap skills as she and her beau change from one lavish outfit into another, posing in front of countless works and giving fans plenty of tender moments, as they hold hands, snuggle up together, and look into each other’s eyes.

Everything Is Love, indeed!

Check out the video above, then download the album exclusively available on Tidal!

What do you think of Everything Is Love? Tweet us @BritandCo.

Barbara Pavone
Barbara Pavone is a pop culture-obsessed writer based in beautiful (but ridiculously cold) Montreal, Canada. When she's not working, she's sipping on a Pimm's Cup and daydreaming about her celebrity hero, Saint West.
Beyonce
Music
Beyonce Music
More From Music