Brooklyn Beckham Got the Sweetest Tattoo for Mom Victoria Beckham 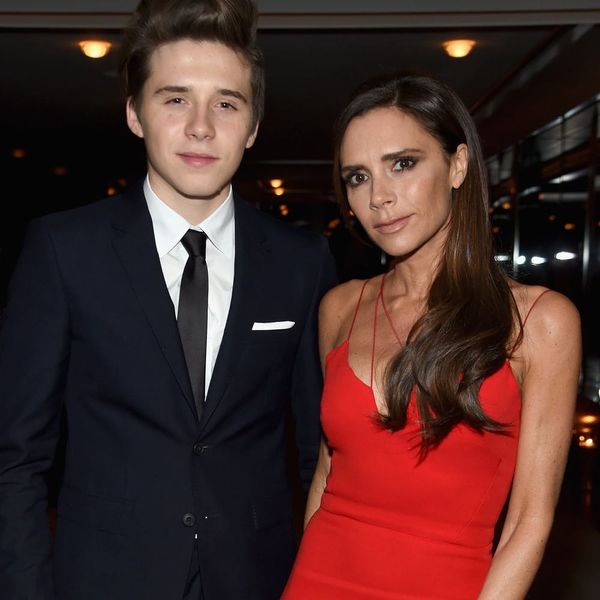 Brooklyn Beckham is clearly a man who treasures his relationships. In addition to making sweet gestures for girlfriend Chloë Grace Moretz (those initial rings, though!) the Parsons School of Design student is also big on showing his love for his family. His latest tribute, in fact — a tattoo that is an ode to mother Victoria Beckham — might just be his sweetest yet.

The 18-year-old took to Instagram to show off his brand new ink, which featured a heart covered with flowers beneath a ribbon that simply reads, “MUM.” He also gave a nod to celebrity tattoo artist _@_dr_woo_, saying, “Cheers to this man x another amazing one.”

Clearly, Posh Spice was feeling the permanent body art, sharing her own snap while smiling and pointing at the piece on her son’s bicep. “Big tattoo! X kisses from NYC!! #loveyou,” she wrote.

It’s not the first time the younger Beckham has gotten a tattoo to rep his family: He already has the words “mama’s boy” over his heart, and the gigantic cherub he sports on his diaphragm is rumored to be for his dad, who has similar little angels on his own body to represent his sons.

According to Bustle, Brooklyn also has the word “buster” (a nod to his mother’s nickname for him), and the numbers 1975 and 020511 (the years his dad and three siblings were born) etched on his body.

What do you think of Brooklyn Beckham’s latest tribute to his mom? Tell us @BritandCo!

Shea Lignitz
Shea can be found in the nearest bookstore or brewery, exploring the great outdoors, or blasting Led Zeppelin. She grew up in the cold and rain of Northern California's redwoods but is currently wandering around Texas.
Celebrities
Beauty News
Celebrities Family Tattoos