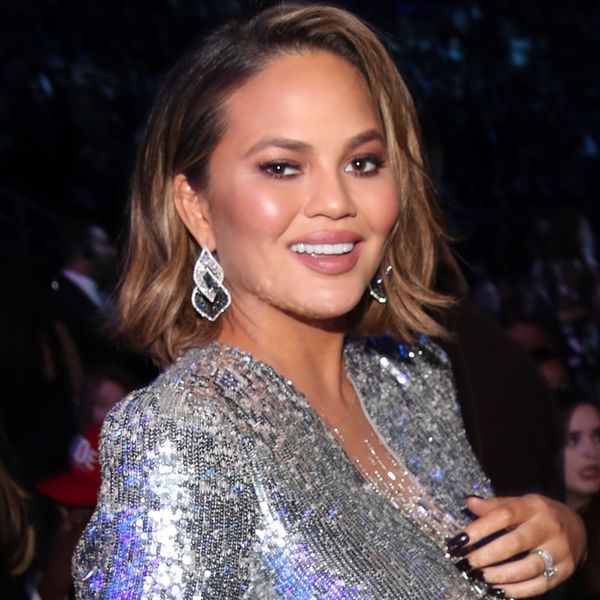 There’s about to be a new Legend in town, and we know what he looks like! On Saturday, soon-to-be mommy of two, Chrissy Teigen, posted a snap of a recent sonogram to her Twitter account, introducing the world to the little boy growing within her.

‘Hello, I’m a bebe boy kind of,” she captioned the snap.

Though the photo is blurry in some spots, a clearly defined nose, mouth, ear and eyes can be made out, with some already comparing the little one to daddy John Legend.

If this baby don’t come out looking like this i’ma be upset 😂 pic.twitter.com/vx21X24aUb

Now that we know what he looks like, however, we’ll have to wait for a name, as Teigen, 32, recently explained to Ellen DeGeneres that the couple is struggling to find a suitable moniker. “Boys names are really tough,” she said. I don’t even think he’ll have a middle name because we can’t even think of a first name. I’ve been toying with Dick Legend. Richard Legend,” she joked.

She also gave some insight as to why the couple wouldn’t be taking the easy way out and opting for a suffix, saying, “Everyone’s like, ‘Why don’t you do the J.J. thing, John Jr.?’ But John and his ego, he was like, ‘I don’t want him to feel like he has to live up to that. And I was like, wow, you’re a jerk.”

Whatever the couple chooses, we have no doubt that it will be amazing!

What do you think Chrissy and John should name their babe? Cast your vote over @BritandCo.

Nicole Briese
Nicole is the weekend editor for Brit + Co who loves bringing you all the latest buzz. When she's not busy typing away into the wee hours, you can usually find her canoodling with her fur babies, rooting around in a bookstore, or rocking out at a concert of some sort (Guns N' Roses forever!). Check out all her latest musings and past work at nicolebjean.com.
Celebrities
Celebrity News
Celebrities Celebrity Baby Celebrity Baby Names Chrissy Teigen