Cole Sprouse Opens Up About How Depression Led Him to Photography 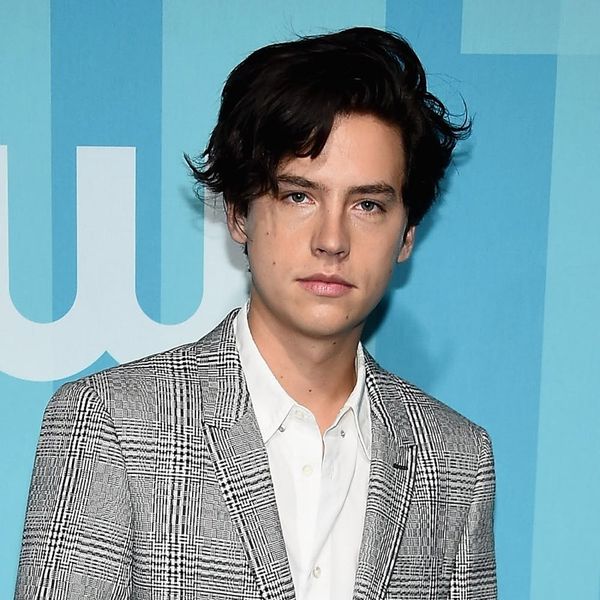 Cole Sprouse may refuse to talk about those Lili Reinhart dating rumors, but the Riverdale star is willing to open up about another part of his life that’s incredibly personal: his battle with depression.

Sitting down on a park bench for a recent interview with YouTuber Duan Mackenzie, the 25-year-old revealed that it was his struggles with depression that led him to photography.

Evidence of Sprouse’s talent behind the camera is all over his Instagram, where he often shares fantasy-like glimpses into his world. “I was sad and in a dark place, and I turned to a hobby to sort of take me out of that. And I found photography,” he explained to Mackenzie.

He added, “I’ve been doing photography for a while, but I had really used it as an outlet, as a way to create and feel better, and it took off.” Indeed it did, even leading to a job to shoot the cover for L’uomo Vogue featuring Sam Smith in October.

Excited to show you guys my cover and story for L'uomo Vogue this month, starring @samsmithworld Pick up a copy if you see it, I'll be posting some of the other shots over the next couple days. Keep up. Thanks to the love of my life, the timeless @rushkabergman for styling, and the team over at @avenue_53 for helping. As always, special thanks goes to @glenn_wassall and Helena.

“Most of my work took place in the landscape. And there was something profoundly serene about those landscapes. I had sort of used those adventures as an attempt to separate from not just the virtual world but from a world that I felt paranoid was watching me quite a bit,” he said of his art.

“So, in my early work, and still,” he continued, “that runs as probably the primary undercurrent in most of the work that I do.”

He also said, “I try to create as many opportunities for myself to do photography as an attempt to placate some side of myself that needs to grow.”

This isn’t the first time the former Disney star has spoken about how he found his passion for photography. In January 2016, he posted a gorgeous shot of model Diana Silvers making her way up a sandy slope, adding the caption, “It was depression that drove me to do it. That’s the real truth. It was depression that led me to the camera. It heals, you know, a hobby. There’s no bandaid like a hobby. I’ve been destructive, I know that now. I can see that I’m in a desert, and I’ve been thinking about that oasis when I should’ve been trying to get out.”

Sprouse’s costar (and rumored girlfriend) Reinhart frequently pops up in his photos, as do plenty of other famous faces like Game of Thrones’ Sophie Turner, Vampire Academy’s Zoey Deutch, and even Kendall Jenner.

Have you battled depression? Let us know @BritandCo.