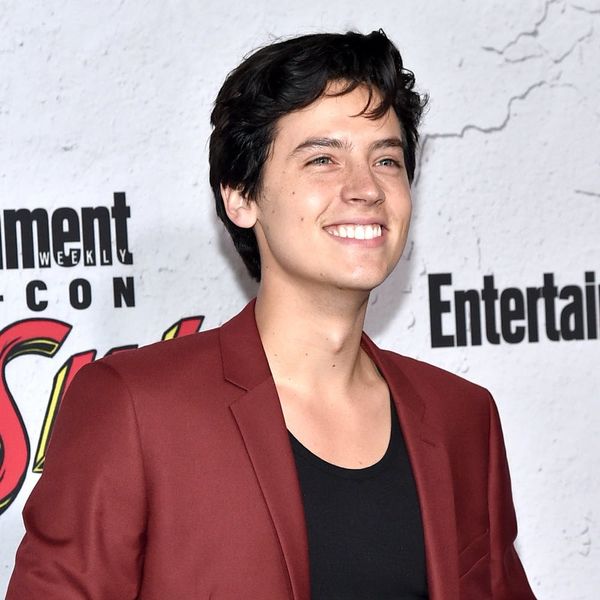 Riverdale stars Lili Reinhart and Cole Sprouse have sparked IRL dating rumors since their on-screen alter egos, Betty and Jughead — AKA Bughead — got together in season one of the show. In the past, Sprouse has responded to the rumors vaguely, neither confirming nor denying, and now he’s opening up about his reasons for remaining quiet.

“Whether you dismiss those rumors or whether you encourage those rumors, it’s giving people who are, in my opinion, a bit entitled to your personal life more power,” he told People in a new interview.

“The more you let people in on that, the more people feel entitled to it and the more it becomes problematic with whoever you end up being with in the future, so I take that very seriously,” he continued. “So I just never talk about it because it’s not anyone’s right to know. People can speculate all they want; people speculate about me with every member of the cast practically, but it’s really no one’s right to know.”

As for how he prefers to handle his private life, Sprouse pointed to Ryan Gosling as an example to follow. “Gosling has been in a much more sexual or romantic side of the industry than many actors have to be,” he said. “His marriage is not publicized and talked about and beaten over people’s heads. People respect that he set those boundaries early.”

When speaking about the dating rumors in the past, the 25-year-old actor has said that, more than anything, he and his costar take it as a compliment that their portrayal of complicated young love is so effective at stirring up emotions in people.

“Truthfully, it’s very pleasing that people talk about Lili and I in that way because it means that we’re resonating so strongly from our character perspective that people really want that to be true,” he told Entertainment Weekly. “I think as professional actors we can pat ourselves on the back for that and go, ‘This was a success.’ It was such a success that people want to see it in real life.”

Do you think it’s a good idea for actors to keep their IRL dating life private? Let us know @BritandCo!