Jim Parsons Opens Up About ‘The Big Bang Theory’ Ending: ‘It Was Time’ 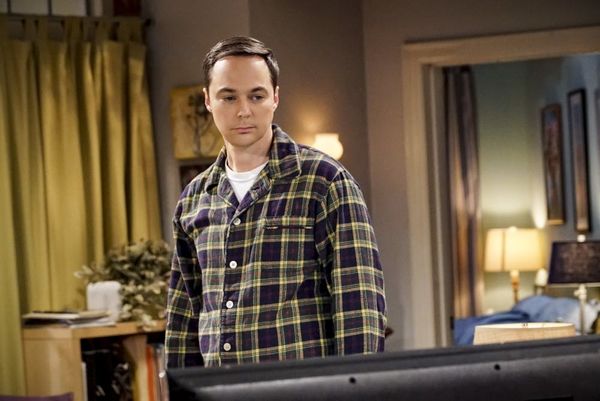 The Big Bang Theory‘s current 12th season will be the show’s last, and with just a handful of episodes left in 2019, star Jim Parsons is opening up about why he was ready to move on from his mega-successful longtime TV home.

“It’s both as complex and as simple as just feeling innately that it was time,” he told Entertainment Weekly in a new cover story. “It speaks to a lot of things, none of them bad. There is no negative reason to stop doing Big Bang. It felt like we have been able to do this for so many years now, it doesn’t feel like there is anything left on the table.”

CBS first announced in August that The Big Bang Theory, which is the longest-running multi-camera series in TV history, would come to an end after season 12. The news hit hard for both fans and Parson’s costars, including Kaley Cuoco, who said she was “drowning in tears.”

“This ride has been a dream come true and as life changing as it gets,” she captioned an Instagram photo of the cast, including herself, Johnny Galecki, Parsons, Melissa Rauch, Kunal Nayyar, Simon Helberg, and Mayim Bialik. “No matter when it was going to end, my heart would have always been broken in two.”

We don’t know much about the plans for the finale, but the show’s co-creator and executive producer Chuck Lorre recently told Deadline that “there’s a lot of melancholy in the background at all times” on set for the last season. “We have a general idea of what we are aiming for with May and the finale. … It’s going to be very, very sad to let it go.”

As for Parsons, he told EW that beyond the finale, he doesn’t know what his career has in store. But despite the undefined future, and the difficulty of saying goodbye to Big Bang, he’s excited for new opportunities.

Going out with a bang. 💥 As TV’s No. 1 comedy #BigBangTheory prepares to say farewell, we break down 12 seasons, from Amy to Zero and all the “Bazingas” in between. Click the link in our bio for an exclusive preview of the finale, and pick up an issue on newsstands starting 1/4. 📷: @jstephensphoto for EW

A post shared by Entertainment Weekly (@entertainmentweekly) on Jan 3, 2019 at 8:39am PST

“I don’t know what’s next for me. It’s not like there is something specific I am aiming for,” he said. “In a way, it’s exciting. What is this next chapter of life? What is this next chapter for all of us? It will be very, very sad when it does end, even knowing [I am] okay with it. People are okay when they graduate but there are frequently tears at graduation. It’s hard to say goodbye to people that you have worked with for so long.”

Are you watching the final season of Big Bang Theory? Let us know @BritandCo!