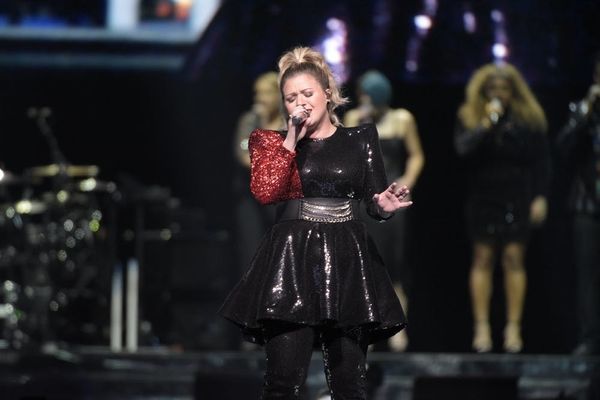 We’re not the only ones who can’t get enough of Lady Gaga and Bradley Cooper’s duet “Shallow.” On a tour stop in Green Bay, Wisconsin, over the weekend, Kelly Clarkson surprised fans with an epic live performance of the hit song, which Gaga co-wrote for A Star Is Born.

“This chick is amazing,” the Voice coach continued. “We’re really different, but at the same time, we’re really similar in the fact that she just loves music, and that’s why she’s doing what she’s doing.” The crowd then cheered excitedly as Clarkson announced she would be covering “Shallow.”

Clarkson regularly performs covers during her shows, and has recently been broadcasting them along with some candid crowd banter on Facebook Live during what she calls the “A Minute and a Glass of Wine” segment.

The singer also opened up about meeting Gaga in the early days of the singer’s career, and admitted that she’s rooting for the “Million Reasons” singer at the upcoming 2019 Oscars.

What do you think of Kelly’s “Shallow” cover? Let us know @BritandCo!