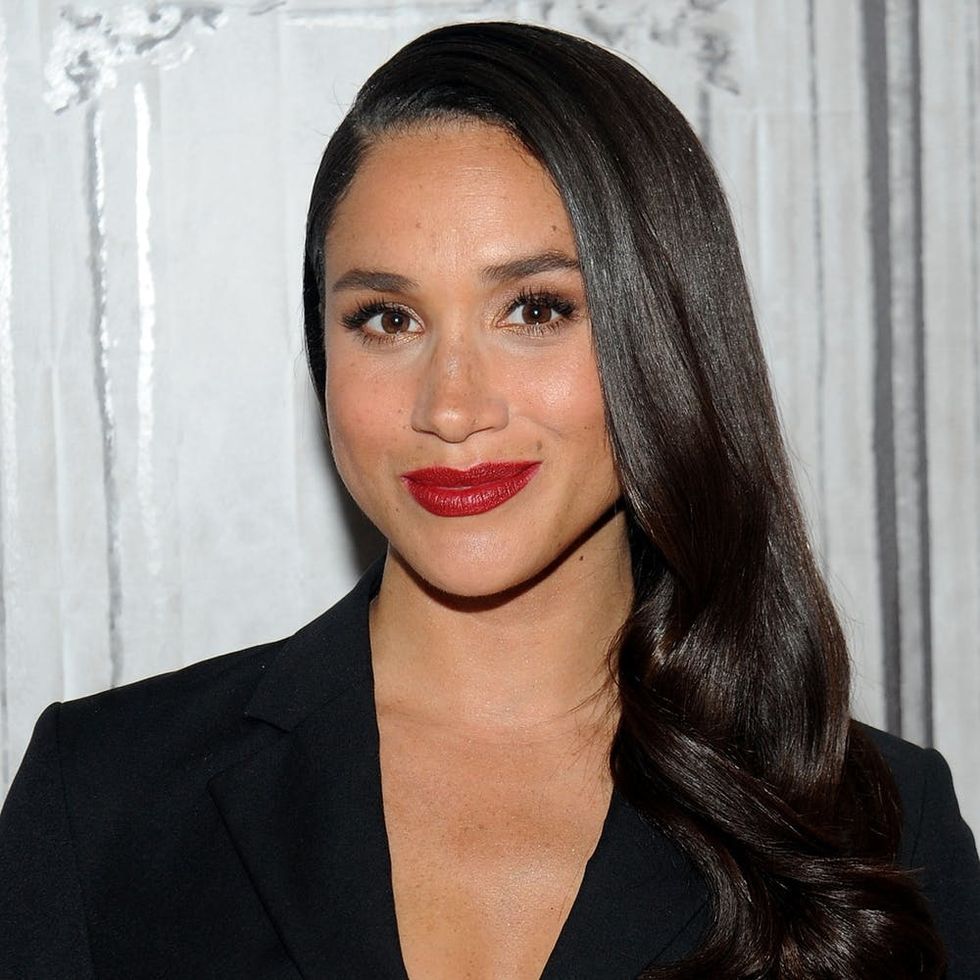 Even before the royal wedding, we’ve been taking inspiration from Meghan Markle’s California-girl style, from her favorite beauty products and her go-to tips and secrets for that easy, seemingly effortless glow. And while we’ve become accustomed to her signature looks in her new life as a royal, her makeup artist reveals that there is one that you’ll likely never see Markle try.

Daniel Martin, the pro behind Markle’s wedding day beauty, told People how her approach to beauty has shifted since becoming the Duchess of Sussex. “She likes a stronger eye, her brow is a lot more defined now. But it’s still her,” he said. “If anything, she’s going to experiment with different tones, and now that she’s more tan she’ll use warmer colors. But she doesn’t stray too far from her technique, she’s very formulaic with her routine.” (Photos via Brad Barket/Getty)

He also revealed that we’ll likely never see the former Suits star in a bold lip color, and the reason is pretty relatable. “The one time she did a red lip, she just didn’t feel comfortable in it,” Martin said. “She likes to talk and she’s not a fussy person, so she doesn’t want to have to worry about anything.”

We can pretty much count on one hand the amount of times Markle has made a public appearance wearing a bright hue on her lips, and when she has, she’s opted for a warm berry shade. But as any lipstick lover knows, it’s a surprisingly high maintenance look, requiring touch-ups and careful bites, sips, and smooches. (Photo via Eddie Mulholland/ Getty)

As for another shockingly normal revelation, Martin reveals that the 37-year-old has skipped the glam squad as she and Prince Harry begin their first royal tour together. “She’s been doing her makeup herself,” he said, adding that she’s “gotten more comfortable” doing it herself because “she’s not fussy — she’s just trying to get it on and get out the door.”

He says that since “they have so many engagements, you have to stick with what you know and feel comfortable and confident and just own it,” adding that his longtime pal “loves makeup and she’s good at it!” (Photo via Andrew Parsons/Getty)

Do you agree with Meghan’s feelings on a bold lip color? Tweet us @BritandCo!

Arielle Tschinkel
Arielle Tschinkel is a pop culture junkie who went to NYU because the Olsen twins went to NYU (really). She is a freelance writer whose work has also been featured on HelloGiggles, Refinery29, SheKnows, Bustle, Hollywood.com, and many others; and she's living her dream one Britney Spears GIF at a time. Follow her on Twitter @mrstschinkel or visit her website at arielletschinkel.com.
Celebrity
Beauty News
Celebrity Celebrity Beauty Lipstick Royal Family