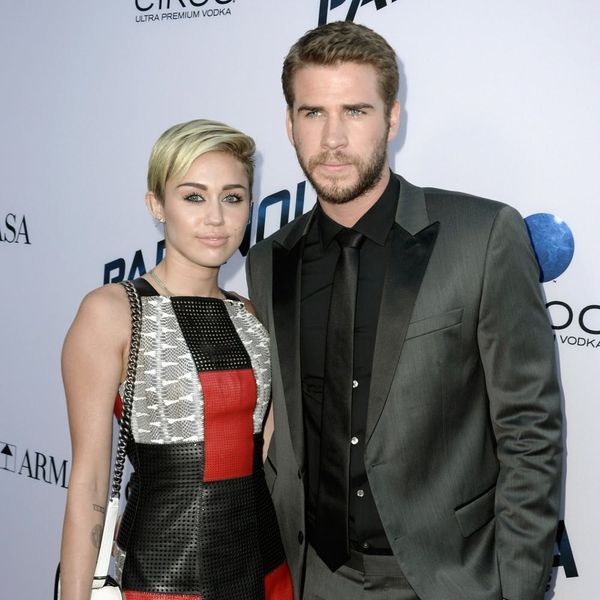 Miley Cyrus and Liam Hemsworth have been basking in their re-engagement, even giving themselves an adorable nickname, and have been planning a wedding that sounds like an absolutely dream. Although the singer sparked speculation that the pair might have already said “I do” by showing off some new ring finger bling, it turns out that they’re still unmarried — and the road to the altar is getting a bit bumpy.

Initial reports led us to believe that Miley and Liam would be holding their wedding on a beach in his home country of Australia some time in the fall, which seemed to be confirmed by their many visits down under recently. Miley’s mom has been helping with the deets, but a pal told Us Weekly that Miley “is still very erratic with her decision-making.”

Proof of this seems to be in the fact that the duo’s entire Bora Bora honeymoon has been cancelled. “They had the entire trip planned, but Miley just decided she didn’t want to go there anymore. They have yet to pick a new locale.” Fair enough, but we hope this doesn’t mean that there’s trouble in paradise.

Did you (or do you think you will) have trouble making important decisions around your wedding or other major life events? Tweet us @BritandCo!

Desiree O
Desirée O is a ‘Professional Bohemian’ who loves anything and everything related to the arts, entertainment, and pop culture. She ADORES being a ‘Newsy’ for Brit + Co, covering all of the latest tidbits of awesomeness that you want to read about. When she’s not writing, she’s either making messy art, going on long adventurous walks with her camera, or poking around over at bohemianizm (http://www.bohemianizm.com/). You can find out about Desirée O and her work at http://DesireeO.com/ or follow her on Twitter @DesireeO.
Celebrity Wedding
Celebrity News
Celebrity Wedding Miley Cyrus
More From Celebrity News