5 Fierce Ways to Increase Your Salary This Year 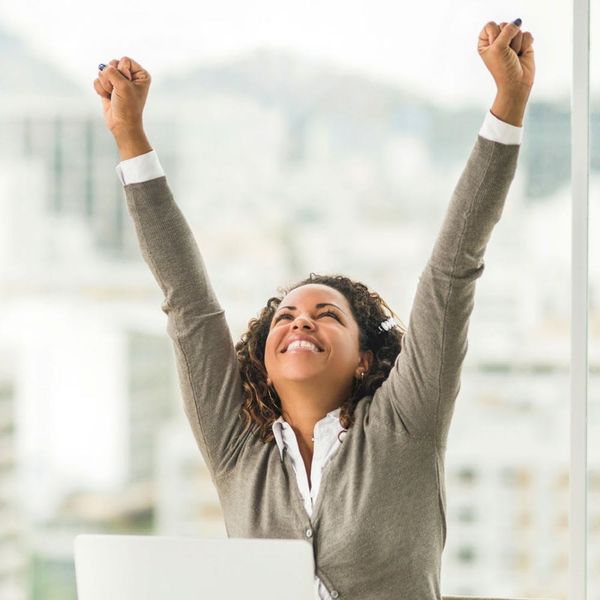 Money. Need it. Want it. Gotta have it. Love it. Hate it. That pretty much sums up my relationship with money — until I decided to get fierce about it. I’m a 20-something girl like many of you. I’m a born and bred New Yorker, daughter of a lawyer, privately-educated with several tens of thousands of dollars in debt from said education. I was taught that if you do well, you will be rewarded for it. And if that isn’t a total misrepresentation of adulthood, I don’t know what is.

You don’t just excel at life — like we’re taught in every level of education — and suddenly get the salary you deserve. You get the salary you ask for, the salary you, more times than not, fight tooth and nail for. I tripled my salary in four years after graduating from college, and by five years — by going out on my own and starting not one but two businesses — I made another five-figure jump.

How did I do it? I got fierce about negotiations, deals and research. I started talking to my friends to see what they felt was a “good salary”— and then, when I went out on my own, I price shopped the competition like a woman on a mission at SoulCycle. You may not have the desire to go out on your own (although I highly recommend it, because it was the best decision of my career) but even so, there are ways for you to earn more without hating your life, alienating your friends or living at the office. Here are five ways to get fierce about your salary and make more this year!

Talk to friends, research your title online and ask people around you in your office what they make. Yes, I mean ask your colleagues, friends and the Internet. Talking to friends about money can be hard, but it doesn’t have to be. If you work in the same field, this is a crucial step in determining what other companies pay employees with the same responsibilities. And let’s break that down even further — most job titles today don’t necessarily include all of the tasks that you’re responsible for. So let’s say you have friends in industries that are similar to yours but your titles don’t match up — talk responsibilities and see if you can come to an average number for each of the “jobs” you hold. That will help you when you’re doing research on sites like Salary.com and when you’re talking to your boss or supervisor.

Pick five friends with whom you can have a frank conversation. For your purposes, it’s probably best that they’re all women — as we all know, male salaries are generally $.78 higher to the $1 every woman makes, so they’re great for comparison but not necessarily your strongest argument. The Mastermind group should include women who are more advanced and less advanced to help you get a sense of the pay scale progression. It helps if you, at the very least, complete similar tasks. This group can be a Facebook group, a weekly Skype call or an email chain — as long as you’re regularly discussing money matters (among other things), it’s a great way to get a “real life” example of salary possibilities and expectations.

3. Work on Your Mindset

“Money flows into my life with ease.” “Everything I desire is coming my way.” “I am valued by my bosses, colleagues and friends.” These are just a few of the mantras I’ve used over the years to get over my guilt of discussing money and asking for more. At times, I even got more specific, subbing in actual numbers, job titles, locations and desired start timelines. Vision boarding helped me land one of the biggest jobs in my career — a digital producer for LIVE with Kelly and Michael at a salary that made me feel, at the the time, wildly successful, valued and that my career was on the right track.

It wasn’t until much later in my mindset work that I realized salary doesn’t define you, and that’s when I truly unlocked the keys to being fierce about making money. I started side-hustling and the money just started coming in, effortlessly. I got clear about what I wanted — my own company — and in one summer, I had built something that allowed me to keep living the lifestyle that I had. When I stopped thinking about it in terms of what I wanted and more of what I needed, that’s when I got what I actually wanted (and needed!). It’s a lesson you’ll learn as you grow, but you have to give yourself the space to grow. Be kind, it’s a process (another mantra I have on a purple sticky in my apartment!).

Getting a counteroffer isn’t comfortable. In fact, when you’re contemplating leaving a place you’ve worked for a long time, it can be downright exhausting! It is, however, imperative that you have a Plan B before you have “The Talk” with your boss or supervisor. Why? Because in order to have an effective negotiation, you have to be ready to “blink” first. What do I mean? I mean that you have to be able to walk into that meeting, ready to say “Okay, I quit,” if you don’t get your desired increase. Because, at the end of the day, how much longer will you really stay in a job that doesn’t pay you a rate you deserve and desire?

Even if you don’t quit, the day of your Talk, you’ll probably be very ready to leave in the coming weeks or months (if you wait that long), so you need to be prepared for the no, and be ready with a Plan B. In all of my job hopping, I never went into a salary negotiation without having another offer under my belt, and that was what allowed me to be fierce, because I had all my bases covered.

5. Prepare for The Talk

Write out what you want to say. Practice it on your roommate (or even your pet). Record yourself and listen to how you sound. Are you uptalking? Are you looking around the room when you should be looking into the camera (which stands in as the eyes of your boss, supervisor or interviewer)? Get on the line with one or all of your Mastermind, and talk it out with them. Then, walk into the room and be ready to talk it out rationally. No defending yourself, no justifications —just cold, hard facts. And if they say no? Go to your Plan B. If leaving your job isn’t an option, ask for feedback and steps to turn your salary desires into your salary realities.

The most important thing to remember? It takes work to #werk the corner office, and you have to think of your mindset, negotiation skills and your ability to say “no” as a continually evolving practice. Only you can make yourself stronger — and each time you repeat the exercise, you’ll do better than the last!

Got any tips for getting a raise? Tweet us @BritandCo and let us know!

This post was previously published on Levo League by Victoria Reitano.