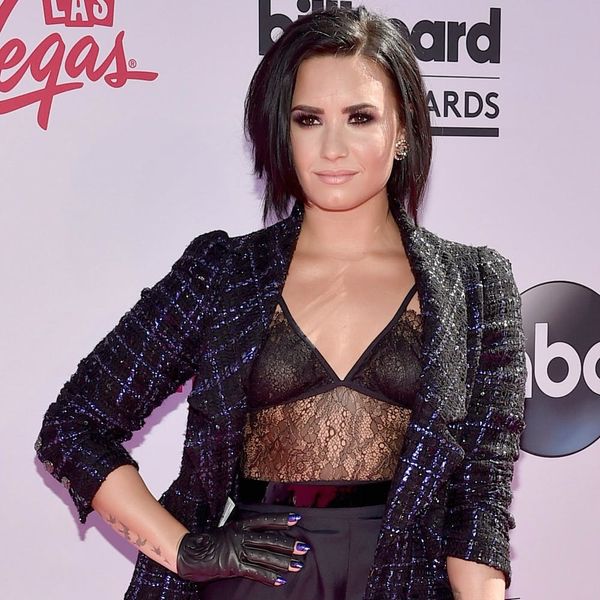 While Demi had the added advantage (depending on your taste) of leather gloves and a tweed jacket, Serayah’s look was eerily similar, especially when taking into account the fact that the outfits themselves were such eccentric ones.

Loose, parachute style pants gave Serayah a hint of edge over Demi’s wide-leg slacks, though both ladies chose to set off the purplish-grey hue of their bottoms with black bra tops. Serayah chose a twisted one shoulder style to do the trick, while Demi covered hers with a sheer peekaboo lace-overlay. Both ladies bared just enough of a sliver of midriff to give us a peek at their super toned bods – Confident, indeed!

Though not perfectly identical twins, we think this pair’s outfits could definitely be fraternal, at the very least – siblings, for sure.

What do you think of these ladies’ lookalike styles? Tell us over @BritandCo!

Nicole Briese
Nicole is the weekend editor for Brit + Co who loves bringing you all the latest buzz. When she's not busy typing away into the wee hours, you can usually find her canoodling with her fur babies, rooting around in a bookstore, or rocking out at a concert of some sort (Guns N' Roses forever!). Check out all her latest musings and past work at nicolebjean.com.
Celebrity Style
Style News
Celebrity Style