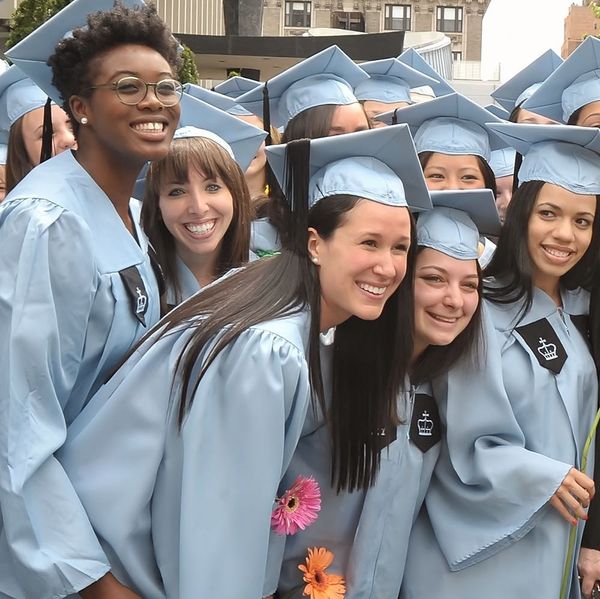 College students around the country are heading back to class this week, some kicking off the ever-exciting freshman year. And now as all-women colleges change their admissions policies to be more inclusive, more trans women are able to attend elite schools for women. And yes: This is a very, very excellent update.

While it’s not clear how many trans women are enrolled in colleges generally or all-women colleges in particular, more women’s schools have opened admissions to trans women in just the last few years. And the list keeps on growing: Just yesterday, Spelman College, a historically Black all-women’s college, sent a letter to students announcing that the school will begin admitting trans women.

In the letter, Spelman president Mary S. Campbell wrote that the school is taking into account the “evolving definitions of gender identity in a changing world and taking steps to ensure that our policies and plans reflect those changes in a manner that is consistent with our mission and the law.” With this letter, Spelman joins a small, but apparently still growing, number of women’s schools to admit trans women.

Of course, trans women are women, which means they belong at women’s colleges just as much as cis-gender (someone who identifies with the gender they were assigned at birth) women, but it was only recently that women’s schools began changing their admissions policies to officially reflect this reality. The first to do so was Oakland, California’s Mills College in 2014. Since then, several more women’s schools including Smith, Wellesley, and Bryn Mawr have begun officially admitting trans women as well.

Eli Erlick, director of Trans Student Educational Resources (TSER), tells Brit + Co that it’s important for colleges and universities to make explicitly trans-inclusive policies because schools already have trans students enrolled, regardless of whether or not the administration is aware. She adds that when women’s colleges admit trans women, it sends an affirming message that trans women are women too, and that they will be supported during their studies. This support is vital for trans students, who are more likely to face financial and emotional hardships as students.

The statistics are heartbreaking; an overwhelming majority of trans students say they have experienced harassment at school. According to the 2017 National Transgender Discrimination Survey, 78 percent of trans students in K-12 say they’ve been harassed, 35 percent say they have been physically assaulted, and 12 percent say they’ve been the victims of sexual violence.

Many all-women colleges are catching up to the needs of their trans students, but some activists think they need to go even further and admit trans men as well. Erlick explains that women’s colleges probably already have trans men on campus, so it makes sense to include and support them in policy. And while TSER doesn’t have an official stance on the matter, their model policy for women’s colleges includes opening admissions for trans men.

Women’s colleges exist because women have been historically barred from, and marginalized within, higher education — but so too have trans men, Erlick says. Acknowledging that trans men also face gender-based discrimination would be a positive step for supporting trans students while they earn their degrees.

Given that the Trump administration rolled back Title IX protections for transgender students in February, it’s especially important now for colleges to implement policies that support their trans students. It’s also important for students and faculty to make sure they’re educated about trans issues, and that they get to know the trans people at their school. Erlick says that being friends with trans students, getting informed about the trans experience, and making sure that they are heard on campus are crucial steps students and faculty can take to support trans people at school.

Women’s colleges have begun the process of opening their doors to trans students over the last few years, and as Spelman’s new policy demonstrates, more changes are happening. With trans-inclusive policies and aware and educated peers, trans people can feel at home in colleges meant to support people who are marginalized because of their gender.

Update: An earlier version of this article mistakenly listed Barnard as the sole women’s college to admit trans men. Barnard’s admissions policy states that the school only admits applications “from those who consistently live and identify as women.” Brit + Co regrets the error.

What do you think about women’s colleges opening admission to trans students? Tell us on Twitter @BritandCo.

Elizabeth King
Elizabeth King is a politics, history, and culture writer based in the Twin Cities. She is generally pretty cranky but still enjoys traveling, music from the early 2000's, and plotting the resistance. Feel free to say hi on Twitter at @ekingc or check out some of her work at www.elizabethcking.com.
Education
Gender Issues
Education inclusivity LGBTQ transgender