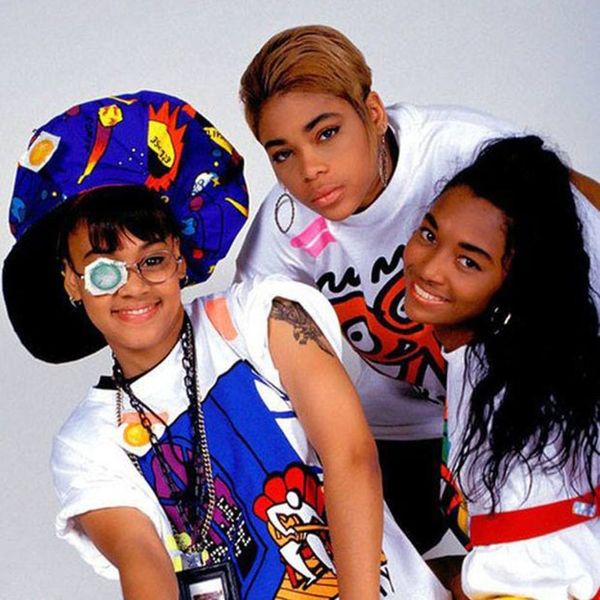 Remember in 2013 when VH1 released CrazySexyCool: The TLC Story and everyone was demanding a new TLC album because we forgot how much we absolutely loved the ’90s girl group? Okay, no one really forgot how amazing the ladies are but now we don’t have to chase waterfalls for new TLC tunes. Everyone’s fave girl group (sorry, Destiny’s Child) is gearing up to bring back all the ’90s and early ’00s nostalgia a girl could ask for with news about their final album, which they’re funding in a very 2015 way.

TLC members T-Boz and Chili have been quietly busy in the recording studio (talk about creepin’ on the down low) working on the group’s final album and just today announced the project on Kickstarter. Their goal is to release the album independently from a label to make something their fans will love. That’s some crazysexycool girl power.

The most successful girl group of all time is making sure their final album stands up to their OG releases, so they’re enlisting members from their original team, like songwriter and Real Housewives of Atlanta star Kandi Burruss — you do know she wrote “No Scrubs,” right?

With pledges starting at $5 and going all the way up to $7,500 + rewards ranging from a signed vinyl to a slumber party or workout with Chili (OMG WHAT?!) it’s hard not to look inside you and donate to the best Kickstarter to ever occur to Walkman enthusiasts. Although the group still has a little ways to go to meet their $150,000 goal, their first day has already been a success with almost $30,000 raised at the time of this posting.

Will you be donating to the TLC Kickstarter? Let us know in the comments.