YASSSS: An HGTV Fixer Upper Spinoff Is in the Works 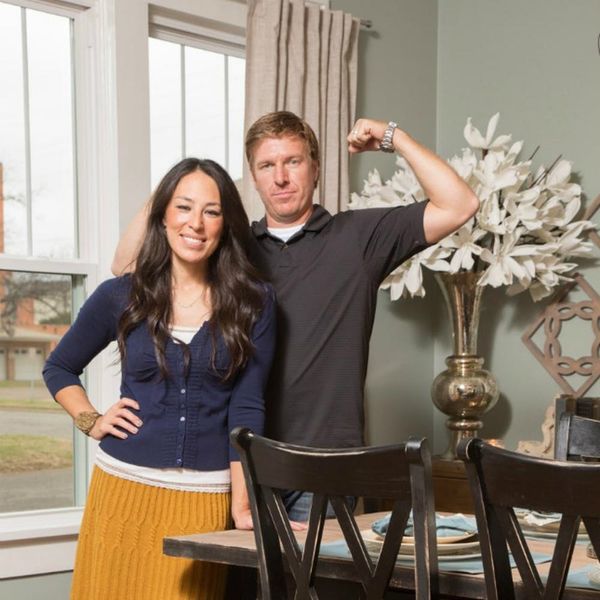 If you’ve ever watched one episode of HGTV’s Fixer Upper, you know that it’s one of the best remodeling and decor shows on TV. While we love looking to Joanna Gains for tips and tricks to updating our space (like getting a little fresh for spring), we’ve often been left wanting more than what is presented on the couple’s popular show. After last year’s drama around show participants renting out their Jo and Chip designed homes on Airbnb, we are pleasantly surprised at the latest announcement from the superstar reno team.

Taking to her Instagram account on Friday, Joanna and Chip spilled the beans on a new series, which is right up the alley of any Fixer Upper fan. The show, which will preview immediately after the season four finale next week, is a behind-the-scenes look at just how Jo plans and executes her shabby chic designs.

The new show, called Behind the Design, will not only be revealing never-before-seen footage of some of our favorite renos, but it’ll also be an excuse to see just how Jo works her home decor magic. And we couldn’t be more excited.

While the rest of the new series details have not been announced, we’re so excited to be able to get our Chip and Jo fix without having to wait for the next season of Fixer Upper and will definitely be taking notes when we watch Fixer Upper: Behind the Design.

Will you watch Chip and Jo’s new show? Tell us @BritandCo!

Kat Armstrong
Kat has been a writer, social media maven and mom for longer than she's willing to admit. She's also spent time in front of and behind the camera, interviewing celebs, politicians and acting as a producer for fashion and artistic photography shoots. When she isn't writing for various orgs and publications, she's hanging with her kids, husband and French Bulldog, Peter, in Toronto, Canada.
Home News
More From Home News