3 New Books About the Perks of Being a Misfit 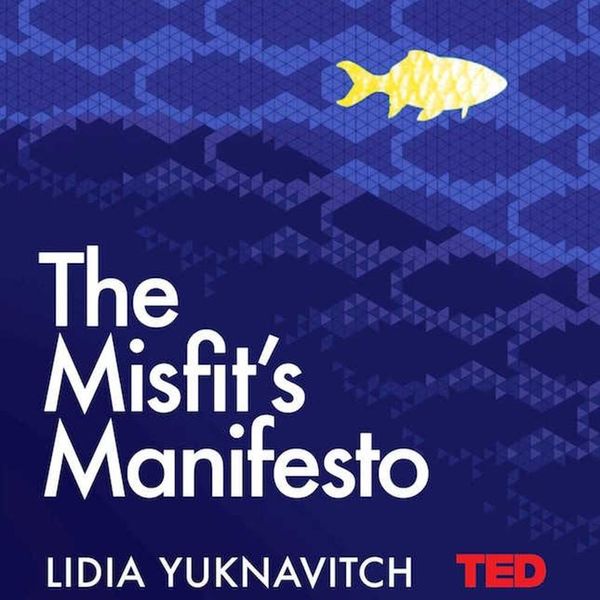 Ever felt like you just didn’t fit in? Whether it was just a moment of awkwardness or you’ve always been deeply iconoclastic, you’ll find something to identify with here. This week’s new works in our book club celebrate the weirdos, the questioners, the people who are slightly out of step with the norm.

“I’m not the story you made of me,” writes Lidia Yuknavitch. The author proudly calls herself a misfit, attempting to reclaim the word from years of abuse. Her book, based on her popular 2016 TED Talk, “The Beauty of Being a Misfit,” takes us through all the “mistakes” she’s made that caused her to become the person she is today. She’s not just talking about the feeling of awkwardness, which she says is the human condition. “When I say misfit,” she writes, “I’m talking about the fact that some of us just never found a way to fit in at all, from the get-go, all through our evolving lives, including the present tense. I’m talking about how some of us experience that altered state of missing any kind of fitting in so profoundly that we nearly can’t make it in life… But I’m not here to draw pity. Misfits, from my point of view, are everything. The world needs us. Here is the story of why.”

YA fiction is often the best place to look for misfits, because middle and high school are a microcosm for the real world. They’re where the popular kids and the misfits differentiate themselves from each other, and where many learn that life isn’t necessarily good or fair to those who stick out. Strong’s novel, set in nostalgic 2002, is narrated by three different misfits, all private-school kids with a public-school background, who come together in comforting and tragic ways.

Fiora Vincente has a lot of things going against her as she tries to fit in to Philadelphia society in 1918. At 16, she’s an orphan, losing both her parents to the bitter influenza epidemic. Her parents were Italian immigrants, so she has to deal with the prejudice others have for her background. Her brothers are away at the Western front of World War I. Also, she seems to have the ability to predict the future when she looks through a curtain her mother prized. All this leaves Fiora almost entirely alone, which soon provokes an extreme reaction.
Ilana Lucas
Ilana is an English professor, theatre consultant and playwright based in Toronto, Canada. When she’s not at the theatre or insisting that literary criticism can be fun, she’s singing a cappella or Mozart, occasionally harmonizing with the symphony, or playing “Under Pressure” with her rock handbell group, Pavlov’s Dogs.
Book Club
Creativity
Book Club Books