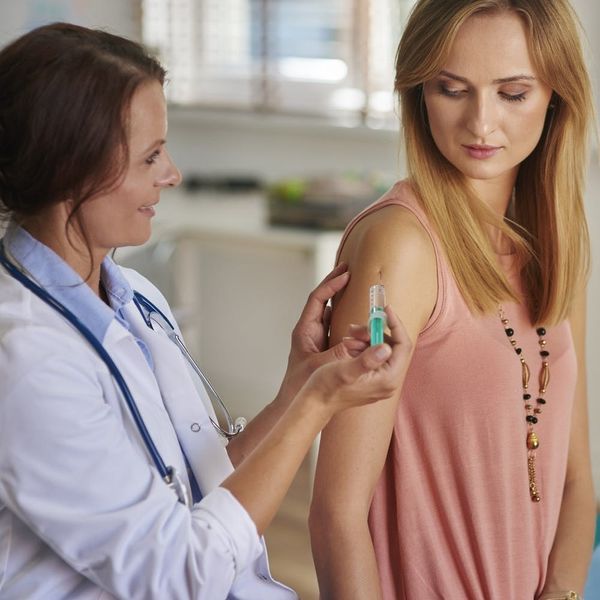 The World Health Organization last week released its list of the 10 biggest global health threats for 2019, a list the WHO puts out every year to shape its policy agenda for the next 12 months. Among this year’s top-ranked global health emergencies — and alongside more grimly predictable threats like air pollution from climate change and antimicrobial resistance — is “vaccine hesitancy.”

The organization defines vaccine hesitancy as “the reluctance or refusal to vaccinate despite the availability of vaccines,” which “threatens to reverse progress made in tackling vaccine-preventable diseases.” Basically, it’s when people who have access to vaccines make a choice not to take advantage, to the detriment of herd immunity.

The movement to defend this choice has been dubbed “anti-vaxx” and its members, “anti-vaxxers.” Despite ample evidence to support the public health necessity of vaccination, anti-vaxxers often express their position as a matter of personal liberty or parental choice. As such, conversations about vaccination hesitancy in America can more closely resemble political or moral debates over ideology than frank discussions founded on scientific fact.

The rate of preventable, infectious disease is on the rise in the US. While efforts have been made to scapegoat immigrant populations for the spike, closer scrutiny shows that the trend is very much a homegrown phenomenon — and one driven by white, college-educated Americans choosing not to vaccinate themselves or their children.

The WHO assessment echoes this reality and cites the 30 percent worldwide increase of measles cases as just one example. Though the WHO acknowledges that, with respect to measles rates, it’s not necessarily accurate to attribute the entire trend to vaccine hesitancy — in the US and elsewhere, people face barriers to care that have little to do with choice — the new report points out that “some countries that were close to eliminating the disease [through vaccination] have seen a resurgence.”

To get a better understanding of what exactly drives the decision not to vaccinate, the WHO commissioned a vaccines advisory group. That group identified “complacency, inconvenience in accessing vaccines, and lack of confidence” as “key reasons” for our present crisis.

So how did we get here, you ask? Over two decades ago, the respected medical journal The Lancet published a study by a doctor named Andrew Wakefield that implied there’s a link between the vaccine for measles, mumps, and rubella (MMR) and autism. That study was based on a mere 12 children (not remotely close to the number of subjects that would qualify as a scientifically sound research sample size) — in short, bogus. The Lancet retracted the paper, and Wakefield lost his medical license. Multiple studies since then, involving actually legitimate research methods, have conclusively discredited Wakefield’s claims.

The WHO advises that national authorities address the vaccination crisis through a multi-tier approach that involves community engagement, population-tailored vaccination programs, and training for health care workers to foster positive outcomes in vaccination-related interactions.