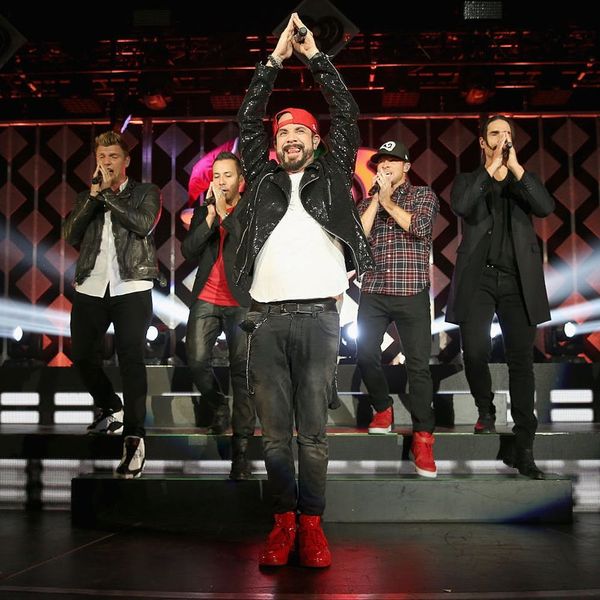 Backstreet Boy AJ McLean just confirmed to People Magazine that he’s a dad again after he and his wife Rochelle welcomed a baby girl on Sunday. Her name — Lyric Dean McLean — is inspired, considering BSB’s own legendary lyrics. To cap off the sweet news, McLean’s wife took to Twitter to celebrate.

The sheer magic of how one's heart can grow exponentially in an instant! #mcleansisters #avajaymes #lyricdean

Little Lyric joins sister Ava Jaymes, who is four. And while Ava is definitely the apple of her father’s eye, having more than one child was important for the couple. “Despite the fact that I’m an only child and (all jokes aside) turned out OK, my wife is one of four and that showed me there’s something beyond special about having siblings,” he said in an interview with People. “Now, seeing the excitement and anticipation that Ava has about being a big sister is truly amazing, and the best feeling in the world. She’s been practicing for months with her dolls, and with some of my wife’s friends’ babies.”

He adds, “Having two baby girls is a dream come true and we couldn’t be any more proud or excited to welcome Lyric Dean McLean into the world and into our family.”

Out of the millions of pics I've either been in or taken of my two loves my wife and my daughter nothing will ever ever ever amount to this one pic. This is what life is about and this is love at its best. Ava baby your gonna be the best big sister in the world and I cannot wait to see you and your Lil sister side by side. I'm so proud as a father to be able to be present and so in tune with my family. If Backstreet Boys stopped tomm I will be grateful yes but I will always have the most true purest unconditional love from about to be the three most important and inspirational women in my life. I love u all and daddy is coming home. See u soon my loves.

My ride or die homie. Daddy loves you baby.

The couple hasn’t released any photos of their new little bundle of joy yet, but we look forward to all the Larger Than Life pics to come.

What do you think of Lyric Dean McLean’s musical name? Tweet us @BritandCo!

Amanda Buckiewicz
Amanda Buckiewicz is a TV producer and writer based out of Toronto. Her claim to fame is producing live interviews with astronauts on the International Space Station, and getting beat up by a bunch of aerial Asian Carp. She spends a lot of time worrying about climate change, shark conservation, and where to find the best moisturizer for her combination skin.
Celebrity Baby
Celebrity News
Celebrity Baby
More From Celebrity News