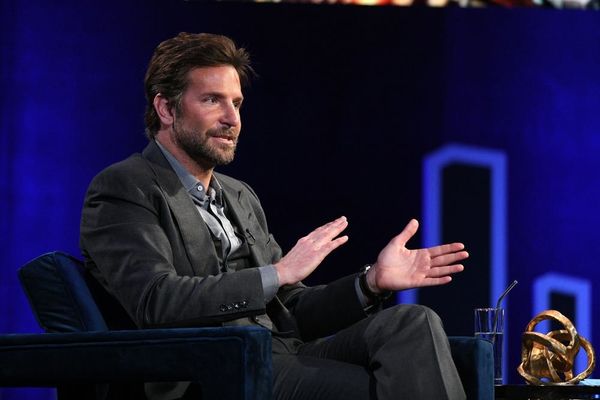 Awards season, while an exciting time in Hollywood, also means inevitable snubs for deserving performers and creators. Bradley Cooper, for example, was considered a top contender for a Best Director nod at the Oscars, but when the nominations were announced last month, his name was conspicuously absent.

“I was not surprised. I’m never surprised about not getting anything,” he told Oprah Winfrey during a live SuperSoul Conversations from Times Square appearance on Tuesday, February 5.

“But I did feel — you know, it’s funny you ask that, because I have thought about this,” he continued. “Because I was with my friend, I was in New York City at a coffee shop, and I looked down at my phone, and Nicole [Caruso, Cooper’s publicist] had texted me, and they said congratulations on these other things, but they didn’t tell me the bad news.”

Cooper nabbed nominations for Best Actor, Best Adapted Screenplay, and Best Picture for his directorial debut A Star Is Born, but he admits that not receiving a Best Director nod made him feel like he had let people down.

Lady Gaga, who costarred with Cooper in the film, couldn’t feel differently about his contributions to the film. “At the end of the day, he knows that he’s the best director in my eyes, and in all of our eyes as his cast,” she told the Los Angeles Times following last month’s nominations. “I know that he’s so happy that we’ve all been nominated and that the film was recognized and we all feel really, really beyond elated for the recognition.”

The on-screen musical duo will reunite on the Oscars stage on Sunday, February 24, to perform their hit song “Shallow,” which is nominated for Best Original Song.

Cooper’s full appearance will be available on Oprah’s SuperSoul Conversations podcast on February 12.