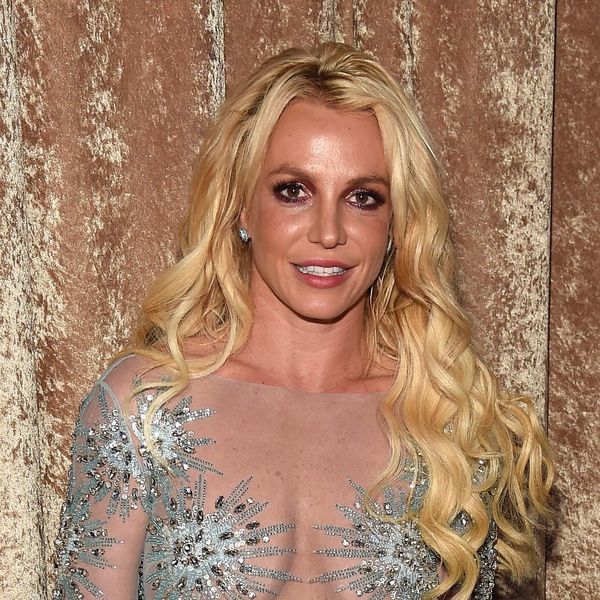 Britney Spears may be about to relive her (often drama-filled) past with Lifetime’s unauthorized biopic of the pop princess, but it seems like she might already be looking back while continuing to move forward. It’s been 10 years since that infamous day in February of 2007 when Spears walked into a salon and shaved her own head (yep, 10 years!), but if the meaningful message she shared on the anniversary is any indication, she’s doing pretty darn well these days.

It was during her tumultuous custody battle with ex Kevin Federline that Spears very publicly struggled to keep a grip on the sitch, including the head-shaving incident and car window-smashing rampage. But 10 years later, she’s in a great place and wants to share that with those who have continued to support her throughout the years: her fans.

Love this verse 💕🌸💕 🌸 Something everyone should live by.

Posting a Bible verse to Instagram, she added the caption, “Love this verse 💕🌸💕 🌸 Something everyone should live by.” An image of a hand-written psalm (126:5, to be exact), it reads, “Those who plant in tears will harvest with shouts of joy.”

Though Britney was surely enduring her fair share of tears back in 2007, it’s awesome to see her all about the joy these days.

What do you think about Britney Spears’ journey from back then to now? Let us know @BritandCo!