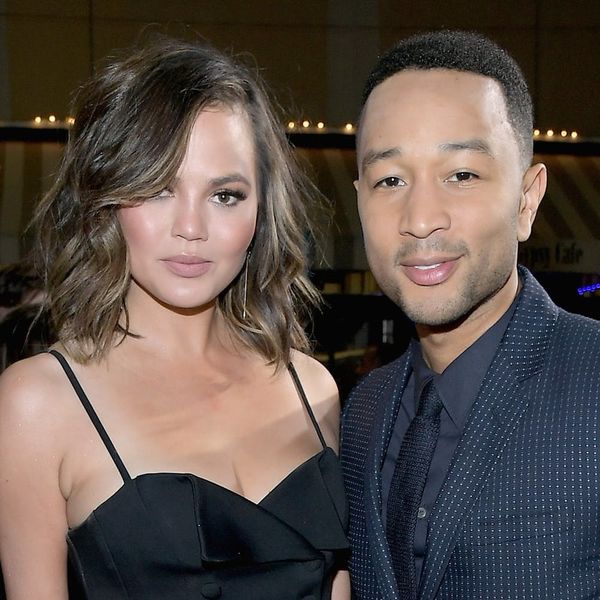 Chrissy Teigen and John Legend may soon be trying for Baby No. 2, but ahead of their next child, they’re growing their family with two *other* additions: puppies! This weekend, the couple added not one, but two (!!) adorable British bulldog pups to the Teigen-Legend clan to be Luna’s new BFFs.

The pooches made their social media debut on Saturday in a series of Instagram posts and Snapchats that are sure to melt your heart: Just look at 17-month-old baby Luna getting acquainted with one of her new friends as the family’s French bulldog Pippa also peeps into the picture. AWW!

Teigen, 31, also took to Snapchat to reveal that there were in fact TWO new faces in her house, sharing a series of clips of the fluffballs playing and cuddling with their new owner.

The most heart-melting moment of all, however, came when the model captured one of the pups, who the family has named Pepper, taking its first steps in the home. With new pup siblings, Pippa, and fellow British bulldog Puddy, looking on, Pepper attempted to bark before taking some teeny tin baby steps (or waddles, really) across the carpet. So. Cute!

The puppies bring the family’s dog count up to five, as in addition to Pippa and Puddy, they also have a black three-legged dog named Frenchie, all of whom are regularly featured on social media: Puddy and Pippa even had their own wedding!

We can’t wait to see Pepper and his brother or sister get their own stories and snaps.

What a pair of cuties!