14 Earl Grey Recipes to Have With Your Cup o’ Tea 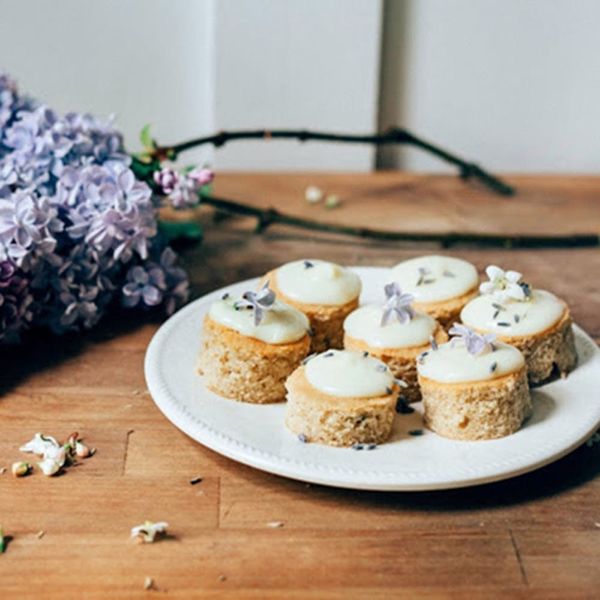 It’s been a while since your last tea party. You and Raggedy Ann aren’t as close as you used to be, and drinking pretend tea out of plastic tea cups just doesn’t cut it. But don’t worry, your next tea party is going to be off the hook, especially when you pull out these tea-themed desserts in front of your squad. Here’s the plan: First, turn on Downton Abbey so you can practice channeling your best Maggie Smith. Then, make these Earl Grey-infused tea treats and put a kettle on. The subtle bergamot flavor in these cakes and brulees is the perfect pairing to your favorite homemade tea. Raise your pinkies and scroll on for the scrumptious recipes.

This delicious Earl Grey-flavored cake shines with the addition of cream cheese frosting and juicy figs. The milk in this batter is infused with Earl Grey tea; you’ll be able to smell the perfumey bergamot notes when it bakes. Now if only we could get this in scented candle form… (via The Little Epicurean)

This is what we imagine a donut would look like if it dressed for high tea: This donut is FANCY. The glaze is made with pomegranate juice and balsamic vinegar, which adds a nice pop of flavor alongside the more earthy flavored cake donut. (via Butter and Brioche)

If you find layer cakes intimidating, fear not! This crêpe cake is your gateway to layer cake heaven. It’s like making a cake out of super thin pancakes and it looks even cooler when you cut into it. You’ve got this one. (via Thirsty for Tea)

Rich and creamy crème brûlée is the perfect dessert to infuse with Earl Grey. It’s sort of like a vanilla canvas waiting to become even tastier with the addition of tea. You NEED to bring this dessert to your next gathering. (via Holly’s Cheat Day)

You won’t have any problem eating this semifreddo before it melts. It’s incredibly fluffy and addicting. The fresh passion fruit topping adds an acidic bite that complements the creamy Earl Grey frozen mousse. (via Gourmantine)

These lavender and Earl Grey mini cakes are what you call a “showstopper” (thanks, Great British Bake Off for that). Make these for a special occasion or make any occasion special by proxy. Bow down. (via Hummingbird High)

This light and fruity loaf has tea in its name which means you HAVE to brew a strong cup of Earl Grey tea to go with it. (via Delicious Everyday)

These cute little French cakes will have you picturing yourself at some Parisian street cafe. If only! For now, look chic and semi-European while nibbling on these moist financiers with your tea or coffee. Bon appetit. (via the Culinary Tribune)

These delicately flavored Earl Grey macarons are almost too cute to eat. They require a little finessing but they’re well worth the effort for their cuteness alone. (via Lauren Caris Cooks)

In addition to being a treat to look at (check out that gorgeous pastel hue), this ice cream is also a treat to eat. The light floral and citrus flavor is incredible. You’ll need a moment alone with this one. (via the Farmer’s Daughter)

Chewy, crispy coconut cookies are an amazing vessel for spooning creamy blueberry Earl Grey ice cream into your mouth. The cherry on top here (or should we say blueberry) is that this recipe is totally vegan. (via Love Me Feed Me)

These pear and Earl Grey tartlets would make a great indulgent breakfast along with a cup of tea. They’re basically like fancy pop tarts, right? (via The Red Lychee)

These tea flavored ricciarelli cookies just so happen to be gluten-free. They’re so light they practically dissolve in your mouth. You’ll need a comforting cup of tea to wash them down. (via Super Golden Bakes)

These spongy Earl Grey flavored madeleines are just begging to be dipped in tea. If you’re in to that sort of thing (and why wouldn’t you be?) (via She Eats)
Samantha Simon
Dessert Recipes
Recipes
Dessert Recipes
The Conversation
Reviews:
More From Recipes