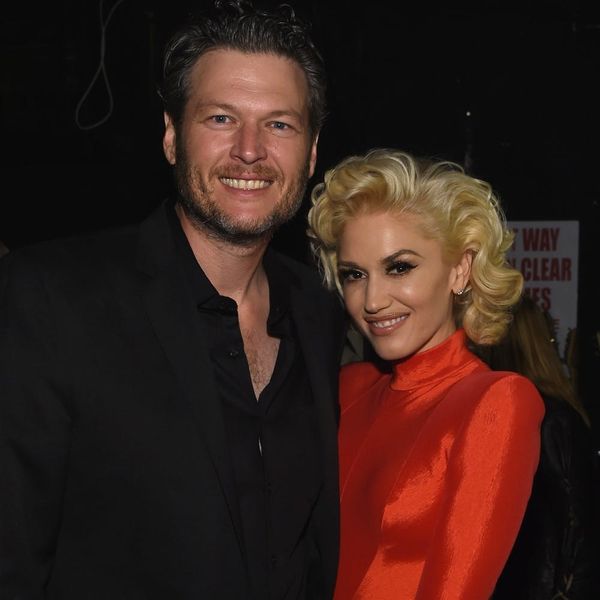 Gwen Stefani and Blake Shelton (who can’t even believe the “Used to Love You” singer is dating him) just can’t seem to shake those marriage rumors! Though Gwen has gone on record in the past saying that she was “absolutely not” planning to marry her country crooning boyfriend anytime soon, reports have once again surfaced that that may not be the case after all — at least according to the sources over at TMZ.

While not many details are currently known, the outlet’s sources say that the couple has actually already hired renowned celebrity wedding planner Miss Jerri Woolworth, moving ahead with a yet-TBD ceremony date.

While Gwen has given us no real clues one way or the other over on her Instagram page, she has been (rock) steady posting super cute pics of the two together, like this one from several weeks ago captioned, “#thisiswhatthetruthfeelslike.”

Does it feel like wedding-bells material, Gwen? We’re on a need-to-know basis!

Do you think there’s any truth to the wedding plan buzz? Sound off over @BritandCo!

Nicole Briese
Nicole is the weekend editor for Brit + Co who loves bringing you all the latest buzz. When she's not busy typing away into the wee hours, you can usually find her canoodling with her fur babies, rooting around in a bookstore, or rocking out at a concert of some sort (Guns N' Roses forever!). Check out all her latest musings and past work at nicolebjean.com.
Celebrity Couples
Celebrity News
Celebrity Couples Celebrity Wedding love
More From Celebrity News