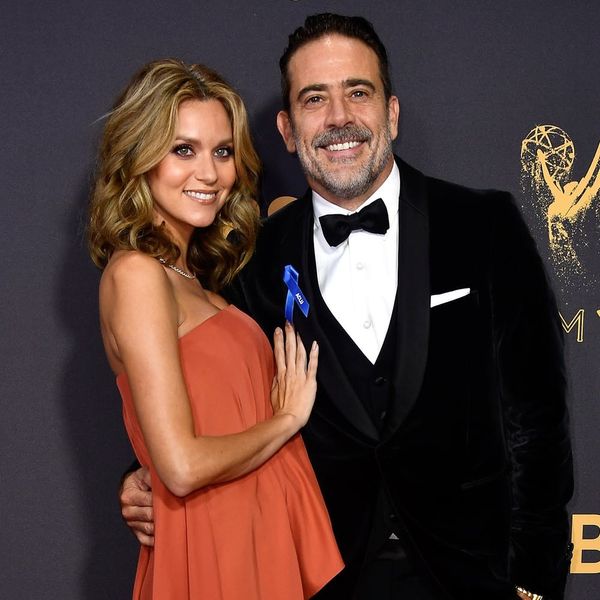 It’s a girl for Hilarie Burton and Jeffrey Dean Morgan! The couple revealed via Twitter that they recently welcomed their second child into the world.

Hey y’all… baby gal morgan is spectacular. We just respecting her wishes for laying low a bit longer. But we super appreciate all the well wishes n stuff. Thank you. Xojdhilgusandbabygal

So far, the couple haven’t provided any details on when their new daughter made her entrance into the world, nor have they shared a name or any photos just yet. The pregnancy was kept relatively quiet too, only being revealed on the 2017 Emmys red carpet in September. At the time, Burton and Morgan affectionately cradled her growing baby bump, and shortly after, a rep confirmed the news.

Morgan revealed that they were expecting a little girl not long after the pregnancy was revealed. After accidentally telling the crowd the news at a Supernatural convention in late September, he posted an Instagram poking fun at his own slip-up. “I texted @hilarieburton right after I spilled the little girl beans, and, as usual, she was a rockstar,” he wrote. “After all these years she’s come to expect me to be a dope…thank god she gets it, and loves me regardless.”

Baby “gal” Morgan joins seven-year-old big brother Augustus (who the family sweetly calls Gus for short). Burton and Morgan started dating in 2009, and were married in 2014. Congrats to the family on their new addition!

What do you think Hilarie Burton and Jeffrey Dean Morgan should name their little girl? Let us know @BritandCo!