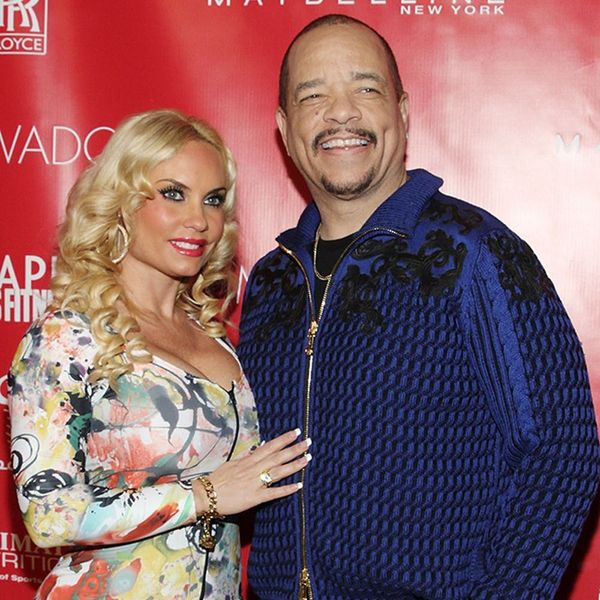 You know how when you’re young and thinking about your future you jot down a handful of potential names for your future kids? Sometimes you lose that list — physically or mentally — or just find other creative baby names along the way that you like more when the time comes to actually pick one. But for some people, when you have a name you love, it sticks with you. That appears to be the case for rapper Ice-T and his wife Nicole “Coco” Austin, who revealed last week they are expecting and have now not only shared the sex of their child but also the name — months ahead of the due date. That’s an avalanche of news we don’t mind falling under ;)

During the premiere episode of their new daytime talk show Ice + Coco the couple had some fun with the reveal. They shared the sonogram of their first child together — Ice-T has two children from previous relationships — for the audience to guess whether they were having a boy or a girl. After plenty of shouts of “Boy!” and “Girl!” Ice-T and Coco joyously shouted the sex of their baby: a girl. While that would be the biggest news of the day for most expecting couples, this duo wasn’t done sharing just yet. After the little lady reveal Ice-T went ahead and spilled the beans on their daughter’s name. “Already got a name. The girl’s name is Chanel.” Well, we could have waited for that news, but thanks proud papa!

Clearly in the playful mood the couple continued the pregnancy chatter by showing off Coco’s barely-there bump. Ice-T asked the audience to guess how far along they thought Coco was and many guessed less than four months. But Coco revealed, “I’m 21 weeks. I’m over five months.” WHAT?! Let the countdown to December begin!

Are you a fan of the name Ice-T and Coco chose? Share your thoughts in the comments.