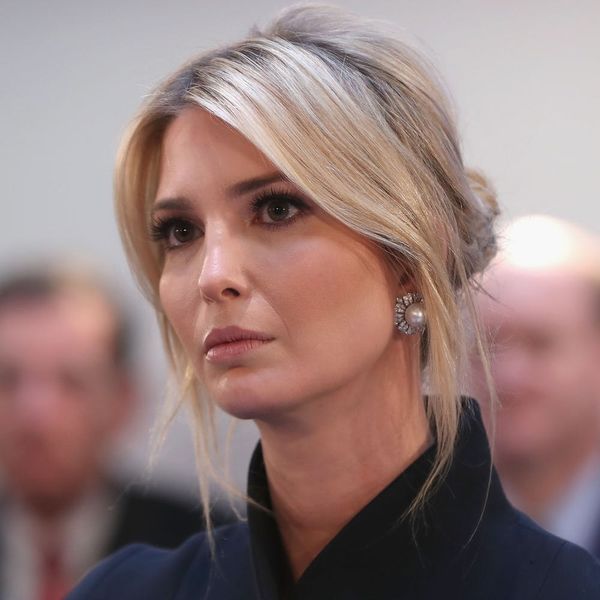 Everyone has an opinion on the Green New Deal including first daughter Ivanka Trump. The eldest Trump daughter, who also acts as a White House aide to the president, spoke out against the progressive environmental and economic plan in an interview that aired Monday, February 25. Like her dad often does, though, Trump founded her criticism of this proposed policy on information that doesn’t coincide with reality.

“I think that this idea of a guaranteed minimum [income] is not something most people want,” Trump said in an interview with Fox News’ Steve Hilton, referring to the Green New Deal’s proposed provision of a universal basic income.

She went on to say that most Americans would not be in favor of a job guarantee, which is another aspect of the Deal, and that she knows this is the case because she’s traveled around a lot over the last few years for her dad’s political career. She reasoned that Americans don’t “want to be given something” and “want to work for what they get,” sending the message that a job guarantee would mean people who benefit from the guarantee in the form of government jobs won’t have to actually work for a paycheck.

The thing is, her answer’s a bit misleading.

First off, the job guarantee precisely guarantees a job, not a handout. It’s an economic policy that seeks to create 100 percent employment and control inflation by having the state promise to hire workers who are unable to secure other employment. Basically: People are guaranteed a job by the government if they can’t get a job in the private sector. It’s an idea that has been around for decades, and is popular among some social justice-oriented economists. In fact, it’s popular with Americans all over the country, too.

Though a separate Spring 2018 poll from the conservative-leaning Rasmussen Reports found less enthusiastic support for the proposal, 46 percent of its respondents were in favor of guaranteed jobs. It’s not a majority, but it’s not a number to sneeze at either.

It’s not that there are no criticisms to be made of the Green New Deal. In fact, some leftists have noted that much more than a Green New Deal is required in order to prevent climate catastrophe. Criticisms such as Ivanka’s that mislead the public about the nature of popular policy, however, are harmful instead of helpful.

Elizabeth King
Elizabeth King is a politics, history, and culture writer based in the Twin Cities. She is generally pretty cranky but still enjoys traveling, music from the early 2000's, and plotting the resistance. Feel free to say hi on Twitter at @ekingc or check out some of her work at www.elizabethcking.com.
Environment
Politics
Environment Politics
More From Politics