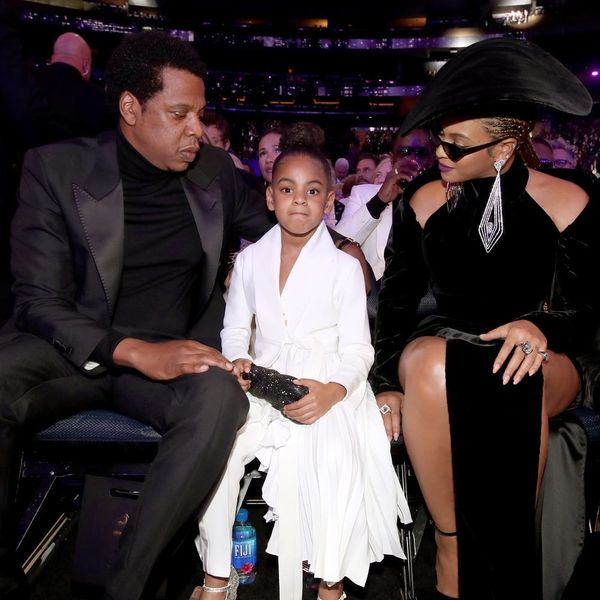 As Jay-Z’s reaction to his mother’s coming-out proves, the rapper loves his family and wants them to be happy. He made that quite clear once again during his interview for David Letterman’s Netflix show, My Next Guest Needs No Introduction, when he revealed “the most beautiful thing” his daughter Blue Ivy has ever said to him.

“The difference, both in terms of distance and emotionally, that your kids have from what your upbringing was — it must be gratifying and also heartbreaking, for God’s sakes, that you had that,” Letterman told Jay-Z, who shares six-year-old Blue and nine-month-old twins Rumi and Sir with Beyoncé.

“I’m not heartbroken at this point in my life. I feel grateful every day,” the 48-year-old Grammy winner replied. “I wake up, I look around, look at my kids, they’re healthy, me and my daughter talk.”

To further “paint a picture of how healthy” his children are, he told a story about an interaction he recently had with Blue. “I told her to get in the car the other day because she was asking a thousand questions and we had to leave for school,” he said. “So we’re driving, and then I just hear a little voice. ‘Dad?’ I turn around and she said, ‘I didn’t like when you told me to get in the car the way you told me. … It hurt my feelings.'”

Jay was moved by his daughter’s clarity in expressing her feelings. “I was like, ‘That’s the most beautiful thing you’ve ever said to me!'”

What moments with your kids stick out in your mind? Let us know @BritandCo!