Joanna Gaines Opens Up About Mom Guilt, Social Media, and Not Owning a TV 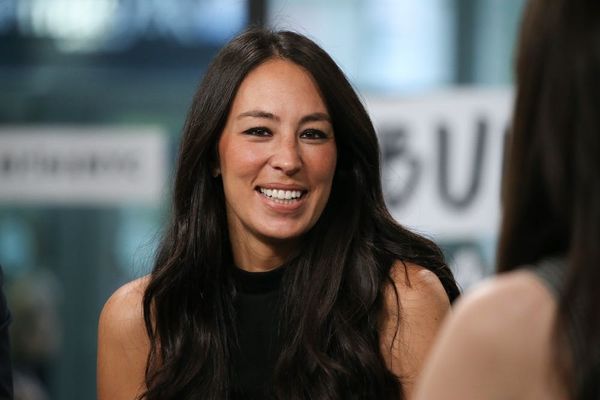 Joanna and Chip Gaines made a name for themselves on TV, but at home, they don’t even own a television. In a conversation with Jenna Bush Hager for Southern Living‘s March issue, Joanna opened up about limiting her kids’ screen time and finding little ways to connect with them offline.

“Our rule for the iPad is that the kids can use it a certain amount of time every other day,” she told Hager, adding that their tech use is “contingent on them doing their chores and homework.”

She also said she encourages them to think outside the box for screen-time alternatives. “I try hard to make [their iPads] not the thing they look forward to every day,” she explained. “I don’t want them focusing on that. It’s funny when I say, ‘No iPad games,’ and then see the things they create and invent on their own. I’m like: ‘That! That’s the stuff right there, kids.'”

She also tries to limit her own screen time, in part to avoid falling into the trap of comparing herself to every other mom on Twitter and Instagram. “I remember those times when I was home and couldn’t even take a shower,” she recalled. “When you’re on social media, you need to step back and say, ‘My life is going to look different — and it should look different.'”

Introducing our March cover star, @joannagaines! Editor-at-Large @jennabhager sat down with Waco’s sweetheart to discuss her new children’s book, plans for a television network, and what it means to be a mother of five. Head to the link in our profile to read the interview! 💛✨

She then offered some advice to parents, saying, “Celebrate others doing little things as well as big things, and celebrate yourself by saying, ‘This is what I was meant to do.’ I really want women to feel encouraged. Know that you are doing enough. Own yourself.”

“I’ve been through plenty of stages of guilt,” she shared. “It always creeps in. It paralyzes me. I don’t want to waste a second of emotion on something that doesn’t create any good. I think, ‘What can I do to show my kids that I love them?’ Even if it’s making a cup of hot cocoa, which takes a few minutes. It’s about finding little ways to connect.”

Do you limit screen time in your house? Let us know @BritandCo!