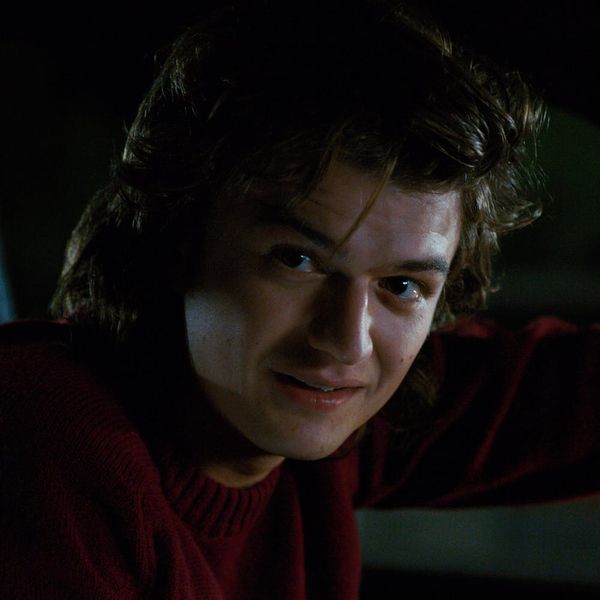 If you’re a Stranger Things fan, you know that the first season saw Steve (then a stereotypical popular teen) mostly hanging out with his girlfriend Nancy and his jerkish friends, while season two had him paired up with Dustin for some spine-tingling Demogorgon-fighting adventures. And while there are certainly plenty of possibilities for Joe Keery’s character in the third season of the popular Netflix show, he would like to see young Harrington and Chief Hopper involved in a “buddy-cop” story line.

Steve initially came onto the scene as the character we thought we were going to love to hate, but he has since redeemed himself by stepping up to help his friends take on the Demogorgon (even when he had no clue what was going on) and trying to make amends with Jonathan Byers after the whole camera-smashing situation. He even became TV’s best/worst babysitter when he had to watch over Dustin and his friends during the freakish invasion stemming from the mysterious lab.

So, what could possibly be next for him? The second season revealed that he doesn’t have any solid plans following high school, and with the next batch of episodes reportedly jumping a year ahead in time, we have to wonder where we’ll find him.

Beyond the fact that he simply wants to hang out more with Harbour, Keery thinks the fictional situation would be good for his character. “Steve thinks he has it all figured out,” he explained to MTV News. “But he’s definitely not the fastest guy. In a pinch, he can work himself out of some situations. With Hopper, they could lend to each other in that way. It could be like a buddy-cop movie or something.”

Harbour has similar feelings and even had an idea for a potential scene involving the duo, telling Mashable last month, “I would love to play scenes with him where Hopper is just completely ripping him apart and then he walks away and Steve just calls him a dipsh*t under his breath or something.” Um, yes. Please make this happen!

Would you like to see a Steve and Hopper “buddy-cop” story line in Stranger Things season three? Let us know @BritandCo!