12 Things You Can Expect from Season 3 of “Stranger Things” 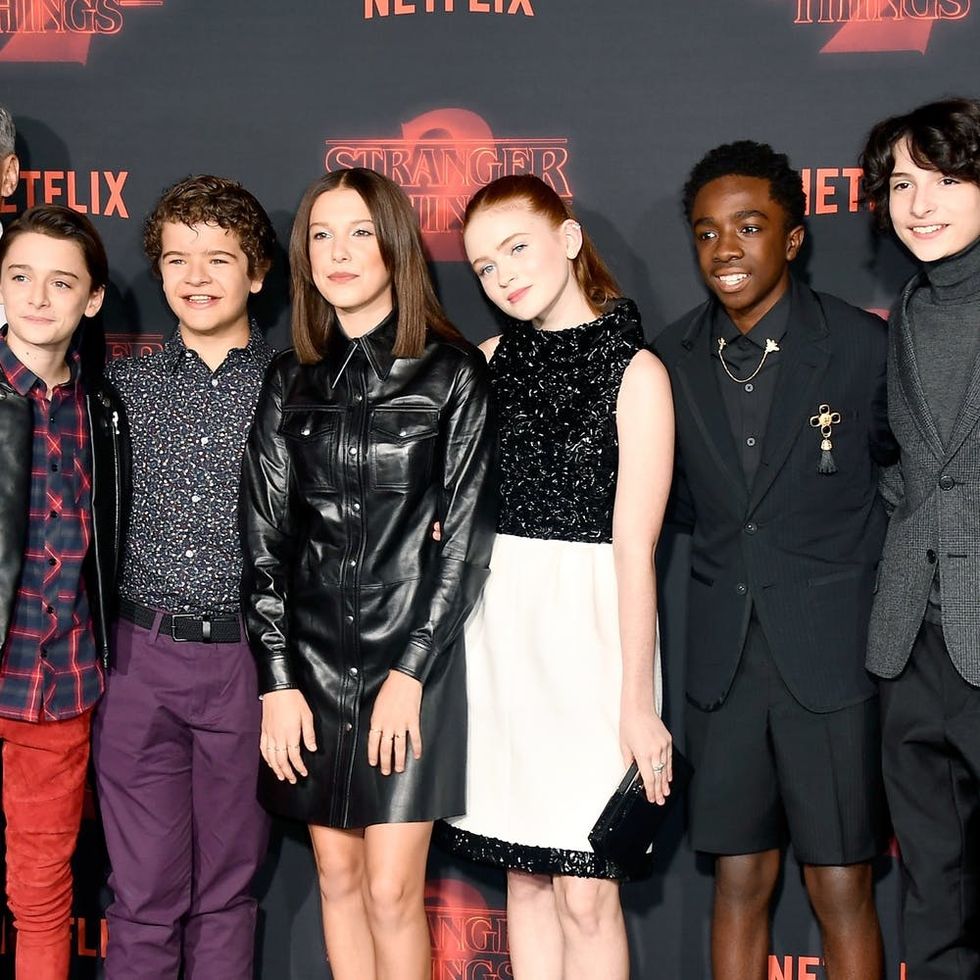 After binge-racing their way through season two of Stranger Things, fans were undeniably psyched to find out that season three of the hit Netflix series would officially be a go. We’ve got some intel on the upcoming episodes from the Upside Down, but beware: There may be a few spoilers ahead. Read on if you dare!

12 Things to Expect from Season 3

2. Season three will put us halfway through the series… maybe. The creators of the hit show still haven’t quite nailed down how long the series will last. “I think, you know, four to five seasons is likely where we’ll end up, but who knows?” co-creator Ross Duffer told E! News. “I mean, none of this [is] official, and we know where we want to go. We’re trying to figure out still how long it’ll take to get there, so we’ll see.” His brother, Matt Duffer, added, “It’s hard, like four seems short, five seems long. So, I don’t know what to do.”

You may now enter The Upside Down. #StrangerThings2 is now streaming.

3. We’ll see another time jump. The Duffer brothers also confirmed to E! that the third season will mimic the second by skipping ahead in time. While the first time jump spanned about a year, however, the second one hasn’t been fully decided on. “We don’t know how long, but the kids are growing up,” Matt explained in reference to both the show’s charters and its RL stars. “But it’s good, it makes the story evolve.”

4. The kids will be in high school. While we don’t know exactly how much time will have passed since they last battled the Upside Down, we do know that by the time we return, the Stranger Things’ kids will have left Hawkins Middle School to enter high school. That means we’ll be saying goodbye to the AV Club and Mr. Clarke (the always-helpful science teacher). The show’s costume designer, Kim Wilcox, also revealed that the outfits the kids are wearing in the “Snow Ball” episode of season two could hint at who they “might be becoming” down the road. Interesting!

5. Eleven will face off against the shadow monster once more. Being on a monster’s radar obviously isn’t a great thing, but it’s inevitable when you take one on face-to-face (though, truth be told, this particular creature doesn’t really seem to have a face). With season two’s end pointing to a likely retribution from the demon-like shadow monster against anyone that gets in its way (we saw what it did to the soldiers who came after it!), things are looking dire for the young lab escapee.

“This thing is very aware of Eleven,” Ross confirmed in an episode of Beyond Stranger Things. “I would be worried about Eleven. [She] slammed the door on him.” Millie Bobby Brown, who plays the troubled tween, added, “I’m screwed!”

6. The kids will face growing some serious growing pains. While facing the shadow monster is certainly daunting, it’s not the only challenge ahead for Eleven. “It’s a little bit of a complicated dilemma with everyone wanting her to live a somewhat regular life,” Matt confessed, adding, “She’s becoming a teenager with increasingly intense powers. I could see a lot of things going not so well.”

7. Eleven has more siblings. While Eleven tracked down Kali (AKA 008) during the second season, it’s clear from the gap in their respective numbers that there might be other children who might have been in the rainbow room at one time (i.e. those with the tattoos numbered 001 to 007, 009, and 010). “I can’t imagine that the world will only ever know Eleven and Eight,” director Shawn Levy told E! News at the season two premiere, teasing, “I think we’ve clearly implied there are other numbers.”

8. The shadow monster’s goal will be revealed. While it’s clear that the shadow monster has plenty of death and destruction on the brain, the creators aren’t revealing exactly what it is the creature ultimately has in mind (or its hive-mind, rather!). As the Duffers told Vulture, “It’s implied that it wants to take over Hawkins, and continue to spread beyond that. In that way, it’s very much like a virus that could take over the whole planet.”

9. Billy will bring back the mullet. Dacre Montgomery will be back to portray Max’s troubled step-brother Billy, with Matt revealing that the character was actually supposed to have a bigger role when we first met him. “We ended up having so many characters it ended up, in a way, more teed up for season three than anything,” he told Vulture. “There was a whole teen supernatural story line that just got booted because it was just too cluttered, you know? A lot of that’s just getting kicked into season three.”

There’s also that whole sitch between Billy and Mrs. Wheeler (Mike’s mom) to contend with. “I think it’d be hot… Ted [her husband] is not satisfying her,” Matt Duffer said, with Ross Duffer adding, “She’s lonely; if you notice she always has a glass of wine!”

10. Erica will bring back the sass. Another new character that captivated fans in the second season was Lucas Sinclair’ little sister, Erica, played by Priah Ferguson. While she may have gotten in the way of a “code red” by turning off her big bro’s walkie-talkie, she certainly charmed fans with her sassy ways. “There is no version of season three where Erica doesn’t have a majorly expanded role!” Matt told Vulture. “She’s got to. She’s too good.”

11. Teenaged love triangles will abound. Granted, Steve Harrington has Farrah Fawcett-worthy hair (did you catch those hair-styling tips?) and can swing a nail-laden bat at a Demodog like a true hero, but when it comes to love, he hasn’t had much luck as of late, with Nancy appearing to make her final choice by spending the night with Jonathan. As it turns out, the situation may not be that straightforward.

“I don’t think it’s the end of the story,” Joe Kerry (AKA Steve) told E! News. “But I do think that the second season was a lot about him growing up and learning how to put people before him a little bit more. I don’t think it’s over… I think how they leave it is realistic.”

12. Joyce + Hopper = Jopper. If you’ve been keeping your fingers crossed for a Joyce Byers and Jim Hopper love connection, you just might be in luck. “There’s definitely something there. Part of it is that they’re comfortable with each other and they’ve known each other for a long time,” Ross admitted to Vulture.

However, he added, “In my mind, Hopper still has some growing to do before that can happen. But [the chemistry] is definitely there.” The man who plays Hopper agrees, with Matt adding, “David [Harbour] is really into the idea of a Joyce-Hopper relationship.” So are we!

Has a year gone by yet?!

What are you hoping to see in the third season of Stranger Things? Let us know @BritandCo!

Desiree O
Desirée O is a ‘Professional Bohemian’ who loves anything and everything related to the arts, entertainment, and pop culture. She ADORES being a ‘Newsy’ for Brit + Co, covering all of the latest tidbits of awesomeness that you want to read about. When she’s not writing, she’s either making messy art, going on long adventurous walks with her camera, or poking around over at bohemianizm (http://www.bohemianizm.com/). You can find out about Desirée O and her work at http://DesireeO.com/ or follow her on Twitter @DesireeO.
Fall TV
TV
Fall TVNetflixTV