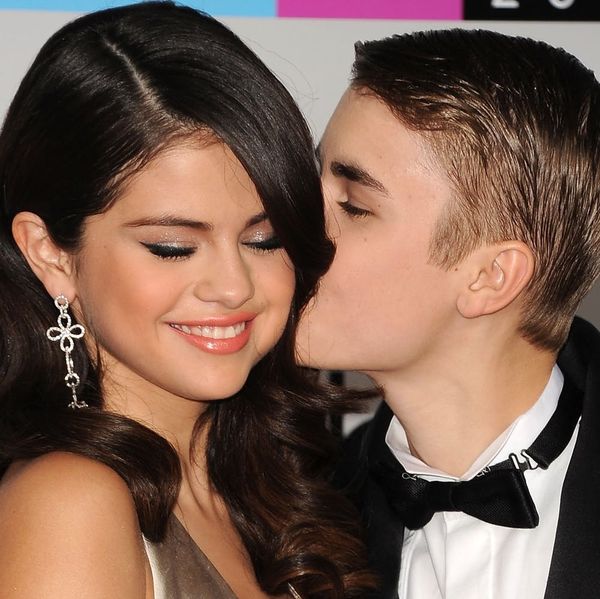 For the second time this week, Selena Gomez has been spotted out and about with her famous ex-boyfriend, Justin Bieber, in LA. Their first meetup took place on Sunday, with the pair going to church and then brunch together which, predictably, sent the internet into a collective tizzy. At the time, everyone assumed Gomez was still with her now-ex-boyfriend, The Weeknd, but since reports of that pair’s split, the “Wolves” singer has been getting cozy with her superstar ex.

TMZ shared pap snaps of the pair riding bikes in downtown LA earlier today, with Gomez giggling at Biebs. They also have pics of the pair in their sweats, walking down the street, with Gomez resting her head on Bieber’s shoulder. The celeb news site also claims that it was The Weeknd (Abel Tesafaye) who ended things with Gomez, paving the way for this reunion.

While all the actions in the pics don’t scream “couple,” it’s definitely got Jelena fans shook over on Twitter.

Of course, neither singer’s camp has commented either way, but the pair does have a nearly decade-long history. They first met in 2009, and reportedly became a couple in 2010. By 2011, they were red carpet official at the Vanity Fair Oscar party. The couple had a normal (ish, by Hollywood standards) relationship before their split in 2015.

The breakup was open season for Bieber, who referenced his ex in 2015’s “Where Are Ü Now” (including his “I miss you, Selena” in the video). He then had her name spraypainted on a backdrop of his “What Do You Mean” video. Gomez, for her part, blamed their age and media attention for their split, telling The Sunday Times, “there’s such an emphasis on people being the perfect thing and then destroying them because it’s good press. Throw in the fact that you are a teenager — it makes it more difficult.”

Even Biebs’ mom loved Jelena… but then again, doesn’t she like everyone?

Until either singer comments, however, and regardless of the pics, we can only assume that post-Gomez breakup, the pair are reuniting as friends, and let the internet continue to drool over the possible romantic reunion of a former fave couple.

What do you think about the Jelena reunion? Tell us @BritandCo!

Kat Armstrong
Kat has been a writer, social media maven and mom for longer than she's willing to admit. She's also spent time in front of and behind the camera, interviewing celebs, politicians and acting as a producer for fashion and artistic photography shoots. When she isn't writing for various orgs and publications, she's hanging with her kids, husband and French Bulldog, Peter, in Toronto, Canada.
Celebrity Breakups
Celebrity News
Celebrity Breakups Celebrity Couples Selena Gomez