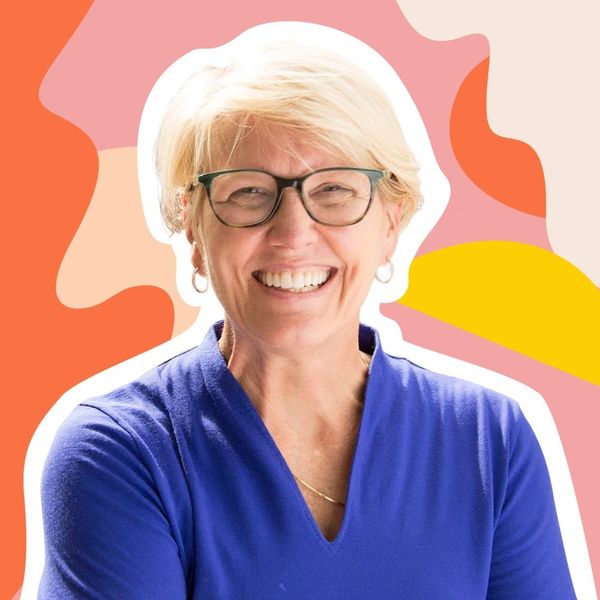 At a time when health care has become a leading concern among voters, it should come as no surprise that a woman like Gainesville, Florida’s Kayser Enneking is running for office. The EMILY’s List-endorsed physician and health care advocate running to represent Florida’s 8th District in the state Senate has been advocating for expanded access to health care in her community for years. But it wasn’t until the rise of Donald Trump and the jeopardizing of the Affordable Care Act that Enneking saw the urgency — and potential in herself — to run for office.

“I’m like thousands of other women out there who said, ‘Wait a minute, this isn’t right and I need to participate and step up,’” Enneking tells us. “And that’s how I got started.”

Enneking is seeking elected office at an historic political moment that’s seeing unprecedented numbers of women running and winning. That said, the journey to gender parity remains an arduous one, especially in Florida, where women comprise just 26 percent of the state legislature as of 2018. Enneking is well aware of the challenges, but remains undeterred.

“People also ask me all the time, ‘How would you handle being a woman in the state Senate?’” she says. “But for me, I’ve been dealing with people telling me to wait my turn for years. I have a thick skin.”

Enneking’s “thick skin” helped carry her to her August primary win. As for November’s election, Enneking is relying on her energized ground-game and deep personal connections to the community to carry her across the finish line.

“It’s a struggle for the soul of America,” she says, “and that’s why I’m so excited to be running, why it’s so important.

B+C: What inspired you to run for office?

Enneking: Well, you know I’m a physician, and I was working to implement the Affordable Care Act in my hospital for a surgery patient. I had been doing that for about two and a half years by the summer of 2016, and I was frustrated with the whole conversation around “repeal and replace,” because I knew it was working for patients in our hospital and across the country. It made health care better for patients, it made the outcomes better, it made us more efficient. I was really excited about the work I was doing, and then I’d come home and turn on the TV and hear politicians talk about how terrible it was, how they wanted to repeal it without any real plan.

I was like every other frustrated voter in the country at that point in time. But then after Trump became the Republican nominee, and he was just so un-American, so racist, misogynistic, and I looked at my husband and said, “He doesn’t believe in the same America I believe in. And if he wins, I’m going to run for public office.” And my husband looked at me and he said, “Well you’d be really good at it.” That was kind of how this crazy idea started.

B+C: What are some of the issues you would focus on if elected?

Enneking: This isn’t going to surprise you, but I’d like to focus on health care. One of the main themes I’ve run on is the fact that my opponent didn’t vote to expand Medicaid in Florida. That’s about 800,000 people in Florida who would have been eligible for health care if we would have expanded Medicaid. I could go on and on, but it’s crucial to not only the health care of people in Florida, but also a moral issue because everyone deserves health care.

The other huge issue in Florida has been our public school system, which has been systematically defunded by the state legislature in recent years, using failing grades to justify charter schools and profiting off of our kids.

And I’d say that my interest in health has shown me the importance of protecting the environment, having that as your North Star. We have to create a healthier environment, and in Florida, with rising sea levels and temperatures, we have to pay attention to this. It’s the morally correct thing, the fiscally smart thing, with an economy that relies on tourism.

B+C: How do you think your background in health care shapes what you would bring to the table in Florida’s state legislature?

Enneking: I have a very academic science background that helps me look at and understand studies, and I’ve been in a leadership position in academic medicine for 18 years. At one time, I was a really young woman and I got used to raising my hand and asking questions, being honest about not understanding. And I could feel the men in the room roll their eyes, even if they didn’t understand it either. But I made a real effort to understand where the issue was, and that’s a style I think women tend to have. I have no embarrassment about it.

I also feel I have a real well of compassion, a quality I’m proud of as a woman. I see how hard we make it for people to get health care, and it’s particularly hard for people with economic need, and it’s not fair. Health care is something we all need, and we have so many problems in the US that my daughter in England doesn’t face. In the States, it’s so expensive to go to the doctor, and gets more expensive when your health problems get worse from you not going to the doctor.

B+C: The Parkland shooting has sparked a serious ongoing conversation about gun violence and school safety in Florida. How would you address this in the state senate if elected?

Enneking: There are a couple things. I definitely don’t believe we should arm teachers, which is wrong on a number of levels, and the consequence of this law is I’m certain we’d see students get shot in classrooms, and in particular brown or Black students. It’s just wrong.

I have advocated for thinking about guns the same we do with cars. When you buy a car, even if you buy it from your best friend next door, you have to have a registration that goes with the car, and so we know who owns all the cars. We need to do the same with guns. Every time a firearm is purchased, it needs to be registered. And when you go to drive a car, you have to take a test. In order to be eligible to own a gun, you should be able to pass a test for safety knowledge, a background check. And if you don’t pass, you can’t have a gun, like we do with cars.

People are also careful with cars because they’re liable for the injury that car might create. The same should be true for guns. And no one thinks we’re coming to take their cars, so they shouldn’t think that for imposing similar rules on guns. These are really basic concepts. But I think it’s important that we not stifle the conversation by banning this or that, too. I used to know nothing about guns, so when I started as a candidate, I went to gun school. I learned what’s an assault weapon, what’s a semi-automatic weapon. What I’ve learned is that where we could make the biggest difference is what we allow in terms of magazine capacity.

B+C: On your website, you talk about how your father served on the school board and worked to help integrate schools. How has this legacy influenced you and what you’d like to achieve if elected?

Enneking: My pop was a really wonderful guy. He was a world-famous orthopedic surgeon, with a fabulous professional career. But moving to Jackson, Mississippi, that’s where he was really exposed to differential treatment between Americans of different races, where there was a Black ward, and white ward, and hospitals for black people where he saw how poor the conditions were. He was very determined to be a part of the civil rights movement.

When he moved to Gainesville in the early 1960s, he was a busy guy. The courts ordered integration to happen in that county, and he ran for office for the school board there to make sure he could be part of that. He knew it would be tumultuous, but he knew he was respected in town and people on both sides of the aisle would listen to him.

He never ran for another political office after that, but when he looked back on his life, it wasn’t his professional accomplishments but his work for the school board and integration and civil rights that he thought was his life’s most meaningful contribution. And I thought about that when I saw the incredible divisiveness and direction of our country, where people are starting to think it’s okay to stand up and shout racist, misogynist spew and hate. At the end of the day, I don’t want to think I didn’t do something to try and fix this. I knew I could do this job, this campaign, make a difference. And so I felt obligated to, being in the right place at the right time with the right set of skills.

B+C: What advice do you have for women who want to get involved in politics and their communities?

Enneking: Do it. That’s my advice. Win, lose, or draw, this election season, I will be a better citizen. I was so invested in my job and my kids and husband and parents, just trying to keep my head above water with my life, that I don’t think I was invested in my community and outside my personal sphere. But getting out there, it’s wonderful, rewarding work, and we need everyone to understand this work and make a difference. That’s what makes America strong.

B+C: What are some ways people can support your campaign?

Enneking: Well, I hate to say it, but first, obviously, is to give money. There’s a “donate” button on our website. But there are other ways. We’re doing a postcard writing to people in the district, asking people to vote for me, like Indivisible did for Doug Jones and I helped participate in. It’s an exciting, small way to get invested in a campaign.

And just be supportive. Sharing on Facebook, Twitter—that sort of thing. The more positivity we out there, it makes it easier. This isn’t easy, and I have so much respect for those who do it. In your community, if there’s some women running for office, support them. Bring dinner to their campaign office. There’s a million ways for people to get involved. They just need to ask and jump in.

Kylie Cheung
Kylie Cheung writes about women's rights, reproductive justice, and national politics. Connect with her on Twitter @kylietcheung, or learn more about her work at www.kyliecheung.tumblr.com
Politics
Politics
Politics Women Who Run
More From Politics