Parkland Teen Activists: Where Are They Now? 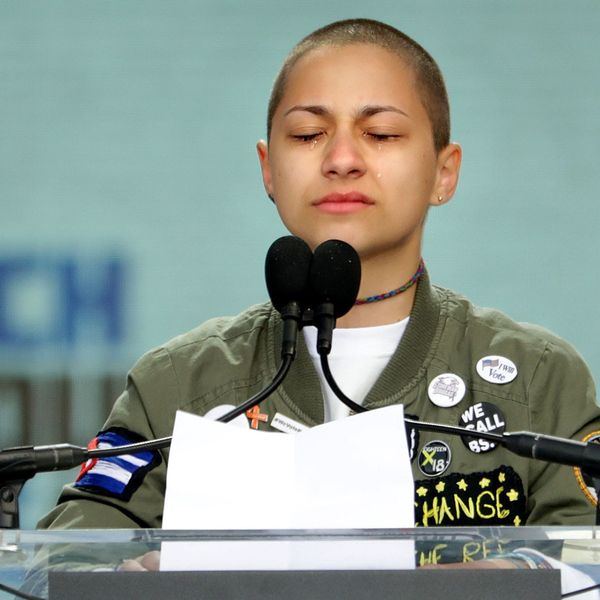 August 14, 2018 marks a half-year since a shooter killed 17 people and injured another 17 at Marjory Stoneman Douglas High School in Parkland, Florida. In the immediate aftermath of the tragedy, a group of Stoneman Douglas students who survived the shooting launched the Never Again MSD anti-gun violence movement and organized the widely attended March for Our Lives. Their youth-led movement attracted students across the country, many of whom were brand new to activism, to plan rallies, join school walk-outs, and more acts of protest against lenient US gun legislation.

Since the weeks that followed the shooting, the Parkland student activists have remained in the spotlight, continuing to push for stricter gun control laws, taking on the NRA and the politicians who take their money, and demanding student safety. The students behind March for Our Lives even have a book coming out in October called Glimmer of Hope: How Tragedy Sparked A Movement.

Along the way, a number of the Parkland student activists have obtained national celebrity. In March, students Cameron Kasky, Emma González, David Hogg, Jaclyn Corbin, and Alex Wind were featured on a TIME magazine cover leading up to the March for Our Lives. Weeks later, the students were listed among TIME's 100 most influential people in the world and lauded in a profile written by none other than President Barack Obama.

As spring unfolded after the February 14, 2018 shooting, it seemed as though the five students were everywhere. Then summer came, bringing with it immigration controversy, wildfires, and political races. Parkland and its student activists were pushed from the forefront of the news cycle, but not forgotten.

Emma González: Emma González quickly emerged as one of the most prominent faces from Parkland after the tragic shooting. Just a few days after the shooting, 18-year-old González gave an impassioned speech at a rally that brought about the new anti-gun violence slogan, “We call BS.” González called out NRA-backed Republican politicians (including President Trump) for not passing progressive gun control legislation.

The teen was also front and center in promoting and organizing the March for Our Lives. At the height of her visibility, she was relentlessly trolled by right-wingers online, but the harassment doesn’t seem to have had an impact on her abilities to organize and speak out.

After graduating from Stoneman Douglas in June, González went on a 20-state tour with some of her former schoolmates to have conversations with pro-NRA conservatives about guns. The tour, called March for Our Lives: Road to Change, lasted several weeks, ending on August 12 in Newtown, Connecticut — home of the tragic 2012 shooting at Sandy Hook Elementary School. The tour ran alongside a voter registration drive, as Parkland students work to get the vote out for the 2018 midterm elections.

González and her former classmate Matt Deitsch also appeared on The Daily Show in August, where the pair discussed plans to carry their activism forward. She has said that she plans to attend New College of Florida in the fall. (Photo by Chip Somodevila/Getty)

Jaclyn Corin: Jaclyn Corin took a lead role in organizing the March for Our Lives, which she co-founded with González, David Hogg, Cameron Kasky, Alex Wind, and other students from Stoneman Douglas. One of Corin’s close friends, Joaquin Oliver, was killed in February’s shooting.

Corin has also been working to get people registered to vote in hopes that voters will vote against pro-NRA politicians. “It’s going to take a cultural shift” before lawmakers pass stricter gun legislation, Corin told Axios. “And a cultural shift always takes a generation or two." Axios reports that Corin is the president of the incoming senior class at Stoneman Douglas High School. (Photo by Emma McIntyre/Getty)

David Hogg: David Hogg, 18, also quickly appeared at the forefront of youth-led activism in Parkland after the shooting. Hogg helped organize and participated in the March for Our Lives and made numerous press appearances to discuss surviving the shooting and the youth-led movement for stricter gun laws.

Like González, Hogg has faced significant right-wing backlash in the months since he’s become an activist, perhaps more than any other Parkland student. But it hasn’t stopped him from speaking out. Hogg and other anti-gun violence student activists have been on the road this summer on the Road to Change bus tour. He’ll be participating in an anti-gun violence march in Massachusetts later this month. Hogg also recently published a book with his sister Lauren Hogg called #NeverAgain: A New Generation Draws the Line.

Hogg graduated from Stoneman Douglas in June and plans to take a year off before college to work on the November midterm elections. (Photo by Chip Somodevila/Getty)

Cameron Kasky: Another high-profile Parkland activist, Kasky was keenly involved in helping to organize Never Again MSD — a name that the boisterous theatre kid says he came up with “while sitting on the toilet in my Ghostbuster pajamas.” While planning how to get a movement started with his friends, Kasky posted on Facebook, “Stay alert. #NeverAgain,” giving a heads up about the activism that was to come. Kasky spoke at the March for Our Lives rally, saying, “the voters are coming” for politicians who do not enact stricter gun laws.

Kasky joined his classmates on the Road to Change tour and is pushing for young people to register to vote in November. He also attended a ceremony on Long Island, New York in August, to dedicate a street in the name of slain Stoneman Douglas teacher Scott J. Beigel. Kasky will return to Stoneman Douglas as a senior in the fall. (Photo by Chip Somodevila/Getty)

Alex Wind: In the immediate aftermath of the shooting, Wind was among the first Stoneman Douglas shooting survivors to take President Trump to task over gun laws by demanding that the president “Make stricter gun control laws” in response to a tweet by the president offering “prayers and condolences” to victims’ families. Later that month, Wind sang the national anthem before a Miami Heat NBA game that included a tribute to the Parkland shooting victims.

A co-founder of Never Again MSD, Wind serves as a co-founder and project strategist for March for Our Lives and gave an impassioned speech about the power of young people working to effect change at the high-profile rally. Having joined his schoolmates on the Road to Change national tour earlier in the summer, Wind is now back home in Florida and continues to be involved in anti-violence activism and encouraging youth participation in politics — he has notably voiced support for 14-year-old Vermont gubernatorial candidate Ethan Sonneborn. He will soon return to Stoneman Douglas as a senior. (Photo by Chip Somodevila/Getty)

Elizabeth King
Elizabeth King is a politics, history, and culture writer based in the Twin Cities. She is generally pretty cranky but still enjoys traveling, music from the early 2000's, and plotting the resistance. Feel free to say hi on Twitter at @ekingc or check out some of her work at www.elizabethcking.com.
Activism
Empowerment
Activism
More From Empowerment