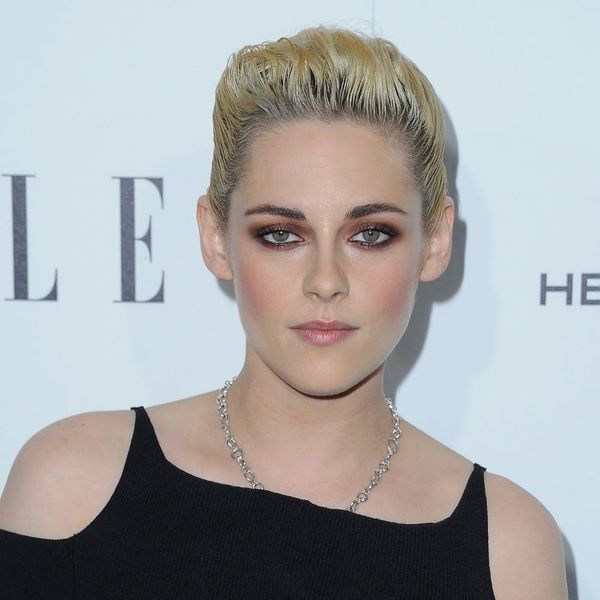 Kristen Stewart has had quite the year when it comes to relationships. While it was just this past August that she and then-girlfriend, Alicia Cargile, were prepping to adopt a child together, by October, they had split and Kristen was linked with Cara Delevingne’s ex-girlfriend, St. Vincent. But now it looks like they’re done as well, as Kristen is reportedly dating Victoria’s Secret model Stella Maxwell, which would undeniably make them one of Hollywood’s hottest new couples.

According to the folks over at Cosmo, the 26-year-old Twilight star is “totally smitten” with Stella (who happens to be the same age), and the feeling is apparently mutual.

The two were first linked together when they hung out at this year’s Met Gala in May and were spotted leaving an after party together in the same car.

But now, things seem to be heating up again, as Stella spent time visiting Kristen in Savannah, Georgia, where the actress is shooting her upcoming film Lizzie. A source told People, “When Kristen filmed in Savannah, she spent several days together with Stella, who came to visit her. She was with Kristen on the set most days and seemed to have fun.” Beyond that, Kristen reportedly looked “very happy” while the pair was having “the best time hanging out.”

Whether these two are just really good friends or in fact something more, well, we’ll just have to wait and see.

Are you totally shipping Kristen Stewart and Stella Maxwell? Tweet us @BritandCo!