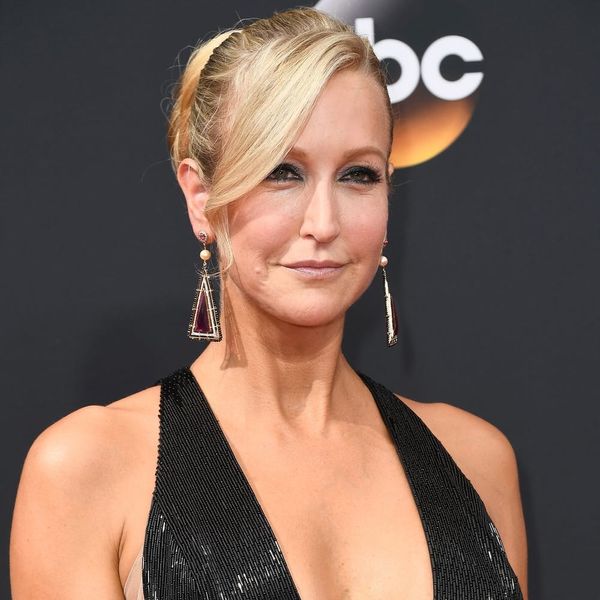 It’s an exciting week in the world of morning shows! First, NBC announced that Hoda Kotb is replacing Matt Lauer on the Today show (though she’s reportedly not making anywhere near the kind of money he made), and now we have some wonderfully romantic news about someone from ABC’s Good Morning America. Co-host Lara Spencer is engaged!

Spencer’s publicist confirmed the engagement to People, revealing that the 48-year-old television personality is set to marry her love, tech entrepreneur and MarketAxess founder, chairman, and CEO Rick McVey.

Though we don’t know when and where McVey popped the question, the pair were first set up on a blind date by a mutual friend soon after the end of Spencer’s first marriage to real estate broker and former reporter David Haffenreffer, with whom she shares two teenaged children, daughter Katharine and son Duff.

Spencer and Haffenreffer announced in March 2015 that they were seeking a divorce, but the split was apparently amicable, and the two have remained friendly since.

Happy Holidays from us to you!

While the popular morning show host hasn’t revealed a date or any plans regarding her upcoming wedding, we’re keeping our fingers crossed that she’ll show a glimpse or two of the big day via Good Morning America when the “I dos” finally take place.

Do you know anyone who’s gotten engaged in 2018? Let us know @BritandCo!