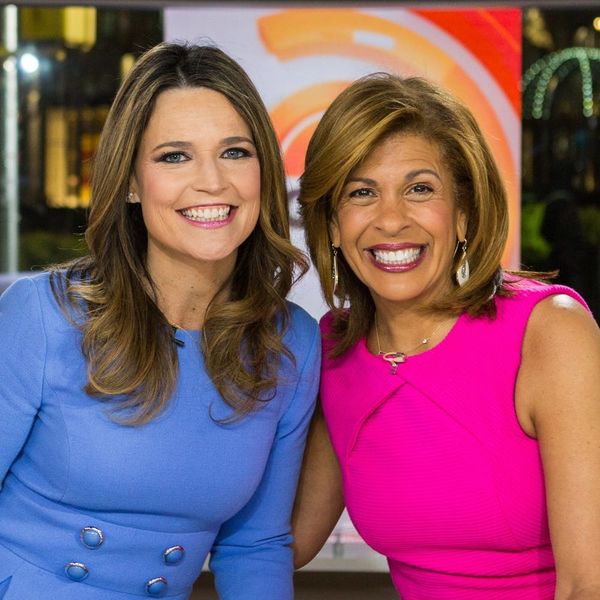 Fans of the Today show may be over the moon that 2018 started with longtime network darling Hoda Kotb being named co-host of the program, replacing embattled Matt Lauer. But folks may be less excited to know that according to reports, Kotb’s salary is substantially less than that of her predecessor — as in, a reported $11 million a year less. In a year when Iceland has already made it illegal to pay women less than men for the same work, we should be equally intolerant when American women are paid a great deal less than their male counterparts — no matter what the job.

While it is definitely a plus to see that Kotb and her co-anchor Savannah Guthrie are making the same salary (unsubstantiated reports put that at around $7 million each per year), Kotb will remain in the co-host chair during the 10 AM slot with her pal, Kathie Lee Gifford, meaning, essentially, that Kotb’s workday continues after Guthrie’s ends. While it’s shocking enough that the women’s combined salaries are still up to $11 million lower than Lauer’s estimated salary was, the fact that Kotb’s doing more work for the same pay is surprising.

What’s more, is that 52-year-old Kotb has been working for NBC for two decades, while Guthrie’s only been there for seven years. While Megyn Kelly’s reported salary is around $20 million, and Lauer was reportedly making between $20 and $25 million, people can’t help but wonder why Kotb is being paid such a comparably small amount.

Hoda has been working at NBC for about 20 years now, Savannah has been there for just over 7 years and they are getting paid the same salary? I think tf not! The fact that Hoda is getting paid $18 million LESS than Matt speaks volumes. She needs to renegotiate her contract. pic.twitter.com/B3WOlNxt6E

Hold on a sec, Hoda Kotb and Savannah Guthrie make $11 million less per year COMBINED than Matt Lauer did??? https://t.co/tNlmERUNBv

Although the network tends not to make official statements on salary, some wonder if they realized they were paying Lauer far too much, and wanted to roll back how payouts happened at the network. And, as Vanity Fair points out, this may have less to do with sexism (or racism), and more to do with current trends in how people consume media. With television viewership lower than ever, and people getting their news from the internet more and more, television personalities are becoming less valuable their predecessors were.

“There’s been a growing consensus in the industry in recent weeks that fewer are going to snare those figures in the future. The economics of the business no longer support it,” said VF’s Brian Steinberg. Regardless of trends, it’s important to remember that all women should get equal pay for equal work.

What do you think about Hota Kotb’s salary? Let us know @BritandCo!