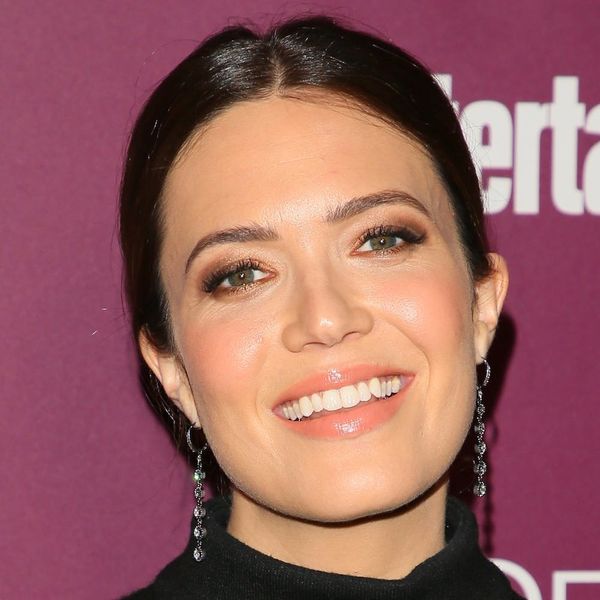 Since Mandy Moore’s This Is Us co-stars spilled the beans that the “Wind in my Hair” singer is officially engaged to her boyfriend of two years, Taylor Goldsmith, we’ve been eagerly awaiting the debut of the sparkler that sealed the deal.

Now, the wait is officially over, as the RL Rebecca Pearson has just stepped out on the red carpet for Entertainment Weekly’s pre-Emmys party with a brand new addition to that finger, and boy, is it a beaut!

In addition to the shine of her black sequined gown with a thigh slit and turtleneck shrug over top, Moore had a little *extra* glow in the accessories department.

She was also snapped wearing her new bling on Tuesday, reportedly hours after Goldsmith popped the question.

The news came just two months after the 47 Meters Down actress admitted to People that she was ready for another walk down the aisle. “I would definitely get married again,” she said at the time.

She also hinted at what could be next for the newly engaged couple.“I’m definitely ready for motherhood sooner rather than later! I think that’s going to be the next chapter.”

What do you think of Mandy’s stunning ring? Tell us over @BritandCo.

Nicole Briese
Nicole is the weekend editor for Brit + Co who loves bringing you all the latest buzz. When she's not busy typing away into the wee hours, you can usually find her canoodling with her fur babies, rooting around in a bookstore, or rocking out at a concert of some sort (Guns N' Roses forever!). Check out all her latest musings and past work at nicolebjean.com.
Celebrities
Wedding Style
Celebrities Celebrity Engagement Engagement Engagement Rings
More From Wedding Style